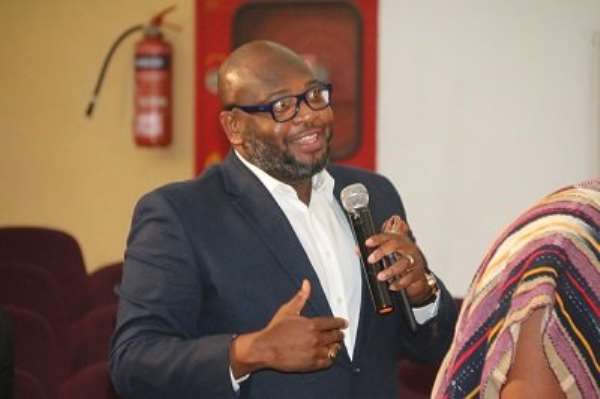 The first major task for the new Ghana Football Association (GFA) Executive Council (ExCo) is to elect a Vice President.

Unlike in the previous administration where the president had the powers to appoint a vice, the new GFA statutes make it the responsibility of the ExCo to elect one of its members to that position.

Local media reports suggest that AshantiGold CEO, Frederick Acheampong, would join the race but JoySports understands that is not the case. Acheampong has not expressed any interest in the role.

Abbey is seen as one of the most experienced brains in the game. And with his recent interventions for the clubs at both the extraordinary congress - which saw the football community adopt its new statutes - and the elective congress - which unanimously agreed to a proposal of playing an 18-team league next season to accommodate Accra Great Olympics and King Faisal - many feel he should be the second in command.

A section of the football community also believes he is emotionally intelligent and has the personality to help President Kurt Okraku.

Dr. Aubynn serves as Board Chairman for top-flight side Medeama SC, and his vast experience in management roles in Ghana and abroad has translated to the club’s enviable position as arguably the most stable and well-run football team in the country.

Dr. Toni Aubynn
Consistently finishing in the top six positions in the league, winning the FA Cup in 2013 and 2015 and winning the 2015 Super Cup are accolades achieved by Medeama through the direction of Dr. Aubynn. His leverage of influence in football dates back to the ground-breaking $1.5 million a year deal with the Black Stars in 2006.

Mark Addo
For Mark Addo, who is the Director for second-tier side Nzema Kotoko, he has enjoyed 18 years of progressive experience as a global business executive in the Mining, Information Technology, and Manufacturing Industries Globally.

He was the recent Vice President at the Endeavour Mining Corporation, a mid-tier West Africa focus gold mining entity where he was responsible for Business Sustainability that included management of HSE, Business Development, Corporate Affairs, and Government Relations.

The three are the leading contenders for the position but the likes of Samuel Anim Addo are reportedly keen.

It's not the same with Frederick Acheampong who has risen rapidly from being one of country's best sports journalists to one of the sought-after football administrators on the continent.

Acheampong has been involved as match coordinator at major tournaments such as the Africa Cup of Nations and WAFU Cup of Nations. He has also coordinated CAF inter-club games.

The association was under the guidance of a Normalisation Committee led by Dr Kofi Amoah for a year. The NC was put in place by FIFA after Kwesi Nyantakyi-led administration collapsed following Number 12 documentary which exposed corruption in Ghana football.