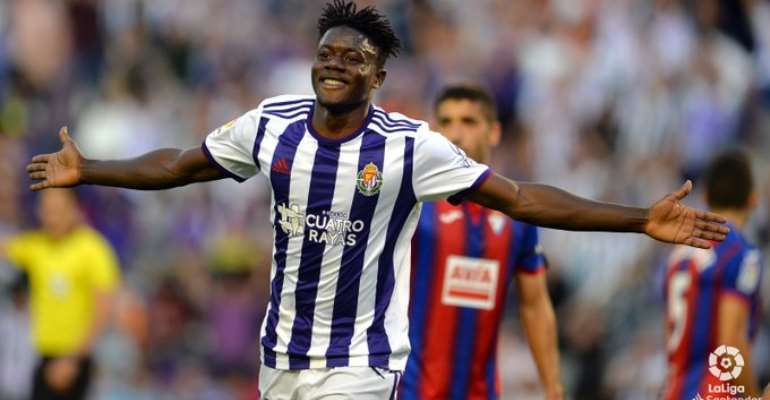 Ghanaian international, Mohammed Salisu earned a place in the Spanish La Liga ‘Team of the Week’ for match week 10 following his impressive outing for Real Valladolid against Eibar over the weekend.

The 20-year-old center back has taken the Spanish top-flight by storm and continues to perform at the top level on every matchday.

Last Saturday he was handed another start in his side’s fixture with Eibar at the Jose Zorrilla. Following another outstanding display, he got on the score sheet to inspire Valladolid to an emphatic 2-0 victory against their opponent.

According to top statistic providers WhoScored.com, Salisu’s performance earned him an 8.4 rating which in turn informed them to include him in their La Liga ‘Team of the Week’.

The Ghanaian continues to show his quality match day after match day and is being tipped for a Black Stars call up very soon.