EPL: Jordan Ayew Named In Team Of The Weak 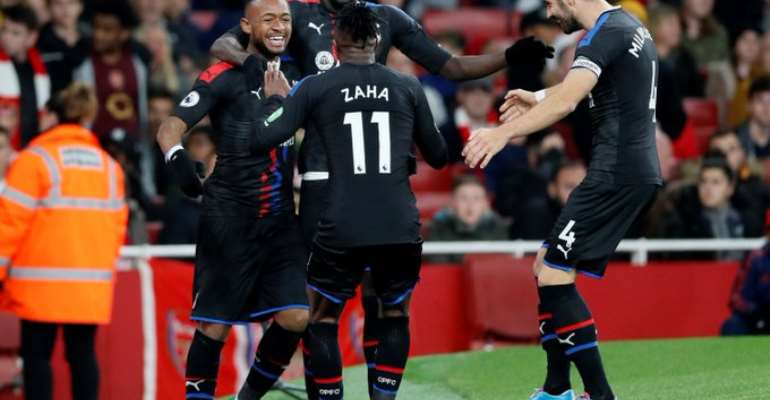 Football statistics providers, WhoScored.com has named Black Stars striker Jordan Ayew in the attack of their English Premier League ‘Team of the Week’ for match week 10 for his outstanding performance against Arsenal over the weekend.

The Ghanaian international was handed another deserved start for Crystal Palace when they travel to the Emirates Stadium to honour a date with Arsenal.

The Gunners could not capitalize on the home advantage and drew 2-2 with a determined Eagles side that fought throughout the game like their lives depended on it.

Striker Jordan Ayew showed why he has become the preferred number one striker of manager Roy Hodgson and scored Crystal Palace’s second goal that ensured that they earned a crucial point on the road at the end of the 90 minutes.

At the end of the match day, WhoScored.com has rated the 28-year old at 8.0 and has paired him with Leicester City’s Jamie Vardy in the attack of their English Premier League team of the week for week 10.