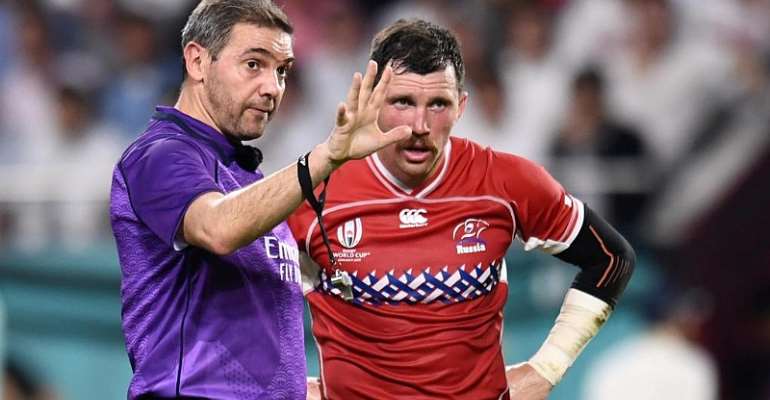 Jerome Garces was on Tuesday appointed referee for the rugby world cup final between England and South Africa on 2 November in Yokohama. It will be the first time a Frenchman has led the officiating team at the sport's most prestigious match.

Garces, 46, will be assisted by compatriot Romain Poite as well as Ben O'Keeffe from New Zealand.

"I am honoured and delighted to be appointed to referee the rugby world cup final," said Garces. "It is a dream as a referee."

Veteran of 55 Tests, including 11 world cup matches, the 2019 final will be the Frenchman's last as a referee.

Return
Meanwhile Jaco Peyper, who had to apologise after he was photographed re-enacting a red-card incident from Wales's quarter-final win over France, was named as a touch judge for Friday's third-place play-off between Wales and New Zealand.

Peyper was not selected for the semi-finals after a picture of him posing with Wales fans holding out his right elbow went viral. Peyper released a statement in which he admitted the picture was inappropriate

The South African sent off France's Sebastien Vahaamahina for elbowing Welsh flanker Aaron Wainwright in the second-half of their quarter-final.