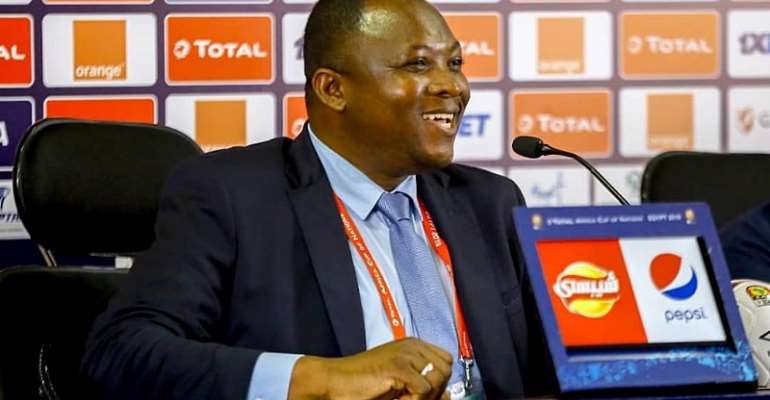 Ibrahim Sannie Daara, a former Ghana Football Association Communications Director has reiterated that the newly formed FA cannot afford his charges should they consider him for the General Secretary position.

With a new vice president expected to be elected, a new General Secretary is also expected to take over from Isaac Addo following the election of Kurt Okraku as the new Ghana FA boss.

However, according to Daara, he has no interest in the position let alone to talk of his charges which will be a stamping block for GFA.

"I'm not interested in the Ghana Football Association General Secretary position for now. Ghana football is a thankless job and besides, they cannot afford to pay me if I should charge them for my services" he told Angel FM.

Sannie Daara is one of Ghana's famous football journalists having worked for the BBC for eight years and has a huge experience covering Africa football.

He made history at AFCON 2019 by being the first Ghanaian to lead media activities at the expanded tournament after being named the CAF Media Officer for the opening match between Egypt and Zimbabwe.

He was also made appointed CAF Media Officer for the final match against Algeria and Senegal played at the Cairo International Stadium.

Trade Minister’s promise to open Komenda Sugar factory ‘a me...
31 minutes ago