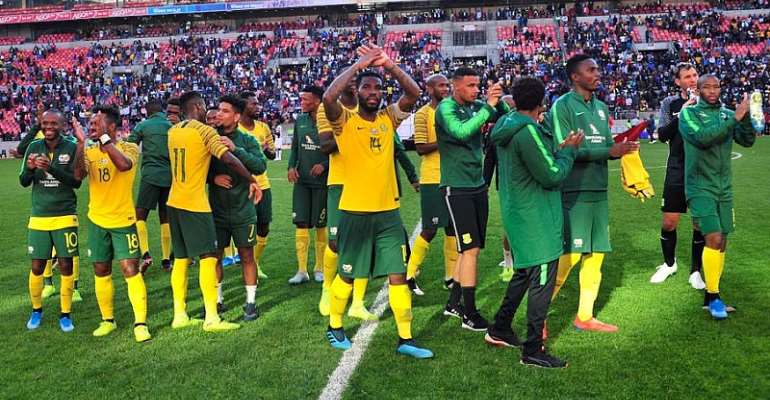 South Africa coach Molefi Ntseki has named his squad for the Africa Cup of Nations(Afcon) qualifiers against Ghana and Sudan next month, and largely stuck with the selection which did duty in the 2-1 friendly win against Mali.

Strikers Percy Tau, Lebo Mothiba, as well as midfielder Bongani Zungu have all been included after they missed the Mali match through injury, while there is also a return for full-backs Sifiso Hlanti and Thamsanqa Mkhize, who sat out that game as well with knocks.

“If it is not broken, why fix it?” Ntseki said. “We have decided to keep the bulk of the team because they already understand what we want to do, and you will recall this will be my third camp with them – even though we did not play a match in the first one.

“So it was important to keep that consistency as we also don’t have too much (time) to work on things seeing that we are playing two matches in a space of three days, which also involves significant travelling.”

One notable absentee is midfielder Keagan Dolly, whose injury woes continue as he is replaced in the squad by Aubrey Modiba.

Bafana Bafana’s opening match is away to Ghana on Thursday, November 14 in Accra (kick-off 21h00 SA time). They then host Sudan at the Orlando Stadium on Sunday, November 17 at 15h00.