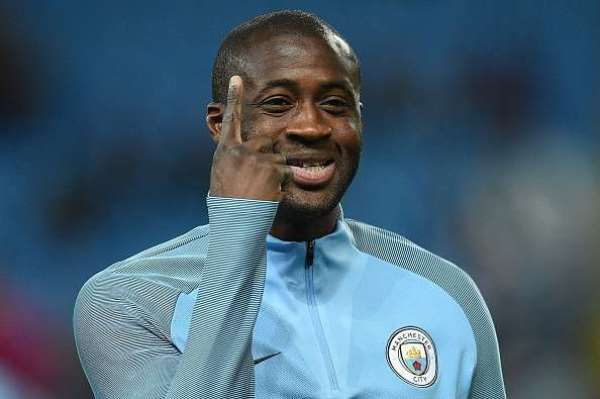 Yaya Toure has urged footballers and FIFA to get "serious" about tackling racism in the game.

The former Barcelona and Manchester City star has been an outspoken critic of football's governing bodies' attempts to deal with the issue.

The match was stopped twice during the first half as England players made the referee aware of racist abuse from fans.

Bulgaria were charged by UEFA for racist abuse and Nazi salutes, while the president of the Bulgarian Football Union, Borislav Mihaylov, resigned days after the match.

The England players suggested before the game that they would walk off the field if they were subject to abuse in Sofia, but instead played the full game.

And Toure feels they should have taken a more drastic approach.

"This is a shame," he told AFP when asked about the Three Lions' reaction. "Why are you playing for England?

"They are always talking, 'Blah, blah, blah', and what? Nothing changes.

"People from FIFA don't care anyway because we've been talking about this, but it's still continuing.

"I don't want to say that I'm not concerned, I'm concerned."

He added: "They have to be serious about it, players need to make serious moves about it otherwise [the racists] will continue to do that," he said.

"They have to get the players out of the field."
The former Ivory Coast international is currently playing in the second tier in China with Qingdao Huanghai, having joined in July.

The 36-year-old's contract expires when the season ends in December and he is eager to find a new challenge, though he has enjoyed his spell in China.

"I think I'll finish in December or January, then go, have another challenge," he added.

"People are thinking that I'm done, but I'm not done yet.

"It's been a nice experience because I've seen people with a different mentality from Europe - the way to play football, the way they feel and their behaviour on the field.

"When I play in the stadiums, nobody boos me because I'm black, it's a different culture, they respect.

"In Europe, they respect nobody."