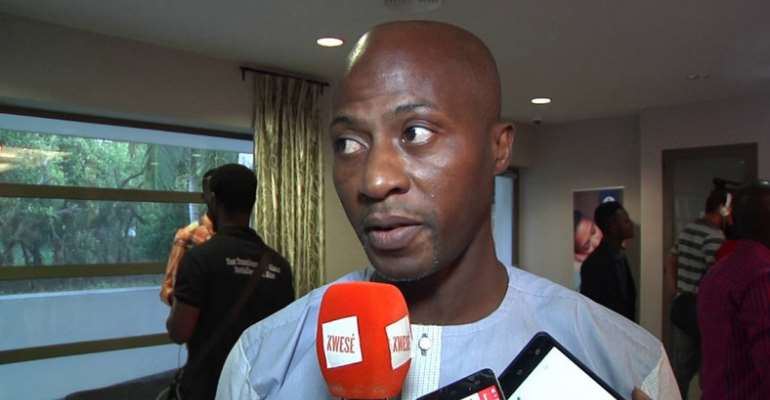 Black Meteors coach, Ibrahim Tanko has set his sight on lifting the 2019 Africa U-23 Cup of Nations trophy, assuring the nation of qualification to the 2020 Olympics.

Tanko is leading the national U-23 team to Egypt in quest of one of the three tickets to Tokyo, despite being drawn in a tough group with the host.

According to the former Black Stars assistant coach, clinching the ultimate will be an icing on the cake in ending a 15-year old Olympics draught.

Speaking at the team's camp during a meeting with the newly elected GFA executives, the former national star called for support from Ghanaians in his bid to achieve the big task in Egypt.

“Your visit means a lot to us. This is your first official day in office and we are really happy and encouraged that you have remembered us with this visit,” said Ibrahim Tanko.

“We can assure you that we will go to Egypt and fight for the nation. We don’t want to just go and qualify; we want to go there and win the trophy for our country Ghana, in shaa Allah."

The newly-elected President Kurt E.S. Okraku and some executives of the Ghana Football Association had paid a courtesy visit on the Black Meteors squad at their camping base in Accra on Monday.

It was purposely to reassure the team of their unflinching support of ahead of the tournament which kicks off on November 8th.

Mr. Okraku adviced the players to remain focused on the task ahead, as well as heed the advice of their coaches.

Members of the Executive Council who accompanied the President; Messrs Mark Addo, Nana Oduro Sarfo, Samuel Anim Addo and Randy Abbey, also advised the players to remain focused on the task ahead.

The national Olympic team has not played at the Olympic Games since 2004 in Athens, and the new GFA boss urged them to remain committed to the national cause and end the 15-year-old Olympics jinx.

The Black Meteors have been drawn against Cameroon, Mali and tournament host Egypt in the tournament scheduled to be staged between November 8-22.

Coach Ibrahim Tanko has handed a call up to some eleven foreign-based players to join their home-based colleagues to kick start the Tokyo journey in Egypt.