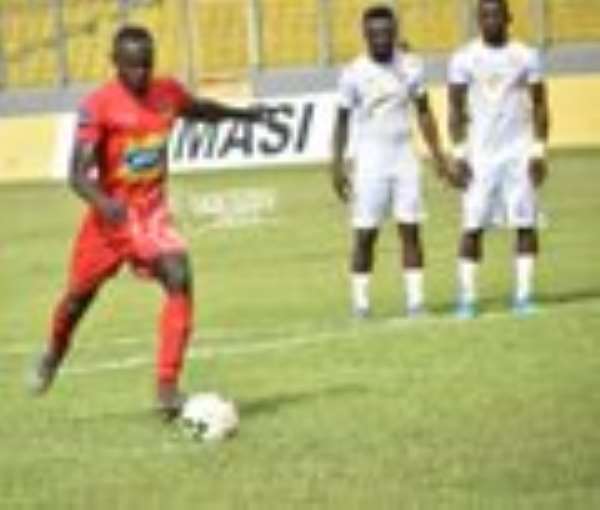 Guinean international, Naby Keita scored the only goal this afternoon at the Baba Yara Sports Stadium to give Kumasi Asante Kotoko a vital 1-0 victory in the first leg of the final playoff round to the group stage of the CAF Confederations Cup.

The two clubs are seeking to make it to the money zone of CAF’s second-tier inter-club competition as they target continental success at the end of the 2019/2020 season.

Billed for a two-legged encounter, Kotoko hosted its opponent yesterday but could only complete the first half of the game. Heavy rainfall in Kumasi forced the match officials to reschedule the second half to today according to the rules of CAF.

Following a very difficult match this afternoon, the Porcupine Warriors have earned a 1-0 win as they set sights on getting a good result in the second leg which will be played next weekend.

Naby Keita scored the all-important goal from the penalty spot in injury time after danger man Sogne Yacouba had been fouled in the 18-yard box.

Due to the aggregate and away goal rule, Kotoko will have a lot of work to do in the second leg if they want to continue their journey in the competition.