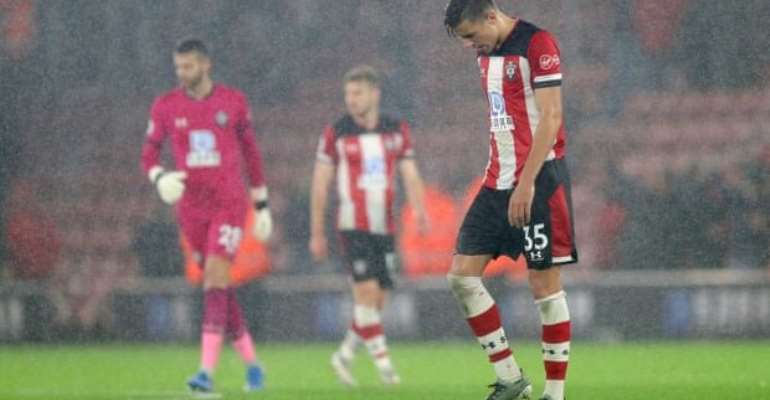 Southampton’s players have donated their wages to charity after their 9-0 humiliation at home to Leicester on Friday.

Ralph Hasenhuttl’s side were obliterated by the high-flying Foxes as they slumped to the joint-heaviest ever Premier League defeat.

The club will consequently donate their players’ earnings from the game to Saints Foundation - their own scheme to help ‘give back’ to the community.

“Southampton Football Club’s first-team players and coaching staff have announced they will be donating their wages from last Friday to Saints Foundation,” a club statement read. ”As the first step towards that, the group has decided that they wish to donate their wages from the day of the Leicester game to Saints Foundation, in order to help the vital work that is conducted by the charity.”

England’s James Maddison and Youri Tielemans also scored as Southampton were left reeling on a weekend which saw them drop into the relegation zone.

“The squad has been in at Staplewood Campus throughout the weekend, working on putting things right for the club’s supporters,” the statement added.

”Saints Foundation works with 12,000 young people and adults of all ages every year, using the power and passion of sport to transform lives.

”The players and staff are now directing all their energy and focus towards the two games in Manchester this week.”