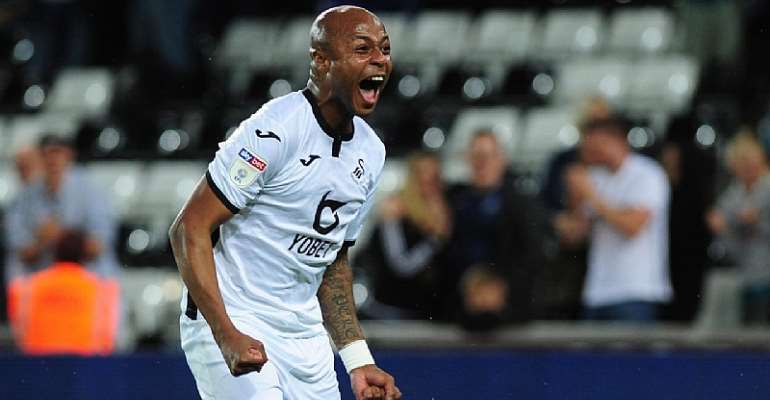 Ghanaian forward Andre Dede Ayew has shared his delight after helping Swansea City beat Cardiff City by a goal to nil in the Welsh Derby over the weekend in the English Championship.

The attacker was handed another start for his side and was deployed in attack to help the Swans return to winning ways after losing their two previous matches.

At the end of a hard-fought game at the Liberty Stadium, Ayew put up an outstanding performance and inspired his side to a 1-0 victory over Cardiff City.

Ben Wilmot scored the only goal of the match on the 24th minute to secure all 3 points for the winners as the Black Stars captain enjoyed another 90 minutes.

Reacting to the win in a Twitter post, Andre Ayew has shared, "What a WIN!! Feels good to win win the derby. Atmosphere was unbelievable Fans were superb. Great team spirit.. MOTM”.

The former Olympic Marseille man now has 3 League goals plus 3 assists as he continues to power Swansea to pick vital points in their quest to secure qualification to play in the English Premier League at the end of the season.