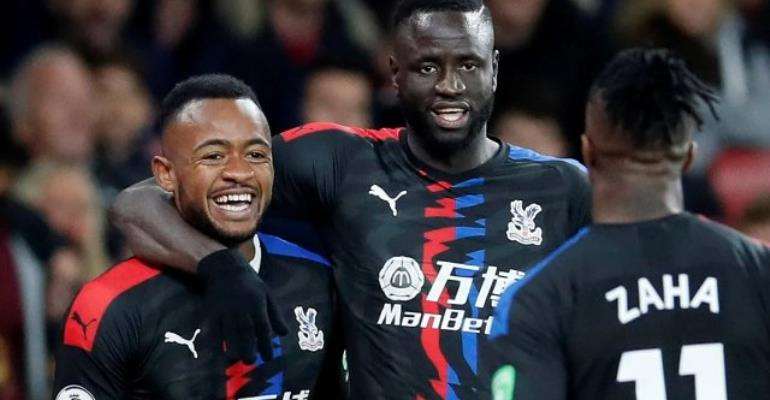 Black Stars forward Jordan Ayew enjoyed a good day at the office on Sunday afternoon and got himself on the scoresheet to help Crystal Palace earn a vital point from their match against Arsenal.

The two English Premier League sides locked horns at the Emirates Stadium on match week 10 looking to secure all the vital 3 points.

At the end of a pulsating encounter, the match ended 2-2 with the home side highly disappointed.

Early goals from Sokratis and David Luiz looked like Arsenal was headed for an easy win at home but a resilient performance from the Eagles saw them staging a comeback.

Penalty expert Luka Milivojevic converted a spot-kick in the 32nd minute to reduce the deficit for Crystal Palace before in-form Jordan Ayew netted the second goal in the second half to restore parity.

The Black Stars striker now has four goals after match week 10 and looks on course to banging in more as the season progresses.

Watch Jordan Ayew’s goal in the video below.