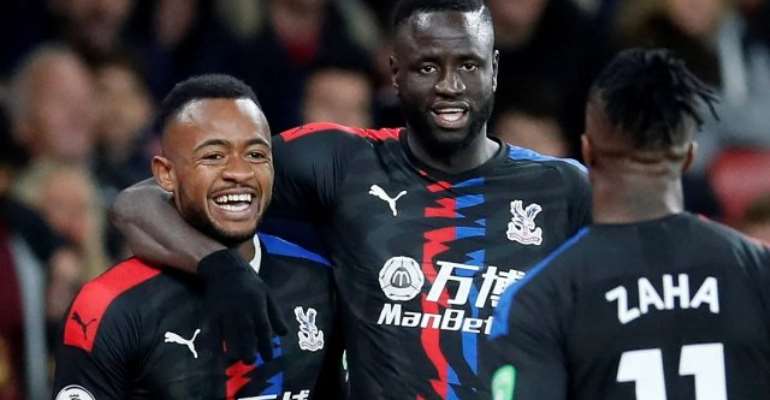 Ghana international Jordan Ayew scored his fourth Premier League goal of the season as Crystal Palace came from two goals down to earn a point against Arsenal in an ill-tempered atmosphere at Emirates Stadium.

The Gunners were two up inside nine minutes as Sokratis Papastathopoulos and David Luiz took advantage of poor defending at corners - but it was all downhill from there for Arsenal and manager Unai Emery.

Palace pulled one back before half-time when Luka Milivojevic scored from the spot following a VAR intervention after referee Martin Atkinson initially shown Wilfried Zaha a yellow card for diving in a tangle with Calum Chambers.

And Palace were level seven minutes after the break when Jordan Ayew headed in James McArthur's cross at the far post.

The game turned toxic just after the hour when Xhaka was substituted to roars of delight from Arsenal's fans, the newly-appointed captain reacting angrily to jeers at his slow departure by waving and cupping his ear sarcastically to the home support, exchanging words before taking off his shirt and disappearing down the tunnel.

Arsenal's frustration was summed up when a late strike by Sokratis was ruled out for a foul by Chambers on Gary Cahill.

Ayew has hit a rich vein of scoring form and his previous goals have been against Manchester United, Aston Villa, and West Ham United.