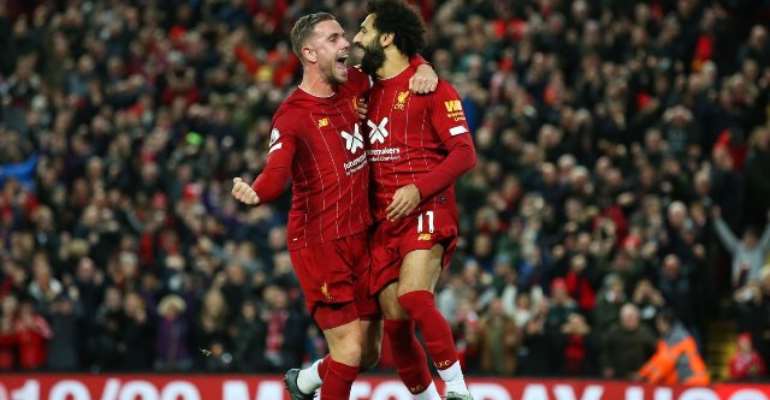 Mohamed Salah scored a second-half penalty to secure Liverpool a 2-1 comeback win against Tottenham at Anfield.

Harry Kane gave Tottenham the lead inside the first minute when he stooped low to direct a header past Alisson after a Son Heung-min effort came back off the bar.

Spurs spent the majority of the first-half defending that lead, but the hosts, despite pinning Mauricio Pochettino’s side back for large swathes, were unable to force a leveller.

However, their territorial superiority paid dividends early in the second half when captain Jordan Henderson arrived late in the box to fire past Paulo Gazzaniga.

The homes side would go on to seal the win their dominance deserved. However, it came not of a piece of Liverpool brilliance but a rash challenge from Serge Aurier on Sadio Mane in the box.

Salah stepped up to convert the penalty to secure Jurgen Klopp’s side a deserved win.