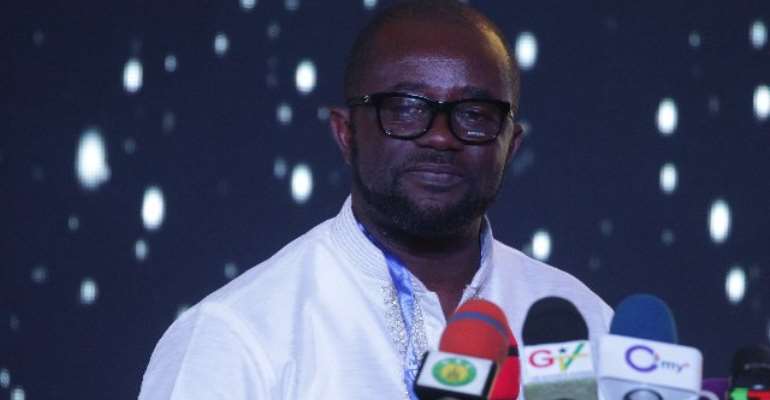 Newly elected President of the Ghana Football Association (GFA), Kurt Okraku, has promised to make football in Ghana the envy of many across the world.

He said his victory on Friday, October 25, 2019, presents an opportunity for his administration to bring together different talents in the industry and to ensure Ghana football assumes the level that it deserves.

“We have to come together and harness the qualities that we all hold and make sure that we lay a solid foundation for a big take off. We have promised to ignite passion and to create wealth for everybody and we want to ensure that the fundamentals are right,” he told Samson Anyenini, host of current affairs programme, Newsfile on Saturday.

Kurt Okraku succeeded Kwesi Nyantakyi as President of the GFA on Friday.

He was elected to the helm of the local football governing body by 118 delegates at the GFA Elective Congress in Accra.

Kurt was one of six candidates who stood for the GFA presidency and won the election in the third ballot with a total of 93 votes.

He stood unopposed in the third round after his closest rival George Afriyie pulled out of the race.

Speaking on Newsfile, he said over the next few days he will engage his team to begin the journey of rebuilding confidence in the game.

“Ghana football will rise again. That is my promise,” he said.

He added: “There is a lot of work to be done. Most of the points that you raise are clearly also found in the manifesto that we rolled out in the last few weeks. It tells you that we have been engaging the right people and clearly with the support of other members of the executive council, I think we have quality people with the right knowledge and capacity to help me to navigate through this journey.”

Early on, a former President of the GFA, Lepowura MND Jawula, tasked Mr Okraku to ensure that the stadia get filled during games.

He advised the new GFA boss on the same show to work with past managers and heads of football clubs and organisations to increase the numbers at the stadiums.

Alhaji Jawula was GFA President from 1997 to 2001.
Watch more in the video below.

Ken Agyapong is only brave on NET2 TV but actually a coward ...
32 minutes ago