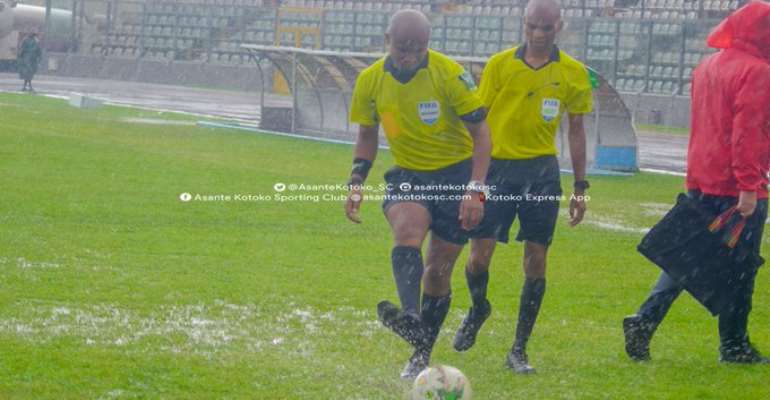 Asante Kotoko’s first leg clash with FC San Pedro in the final qualifying round to the group stage of the CAF Confederations Cup has been rained off following a heavy downpour in Kumasi.

In a crucial game played at the Baba Yara Sports Stadium, just the first half which ended 0-0 could be completed. As the teams readied to resume the second half, continuous rains forced the teams back into their respective dressing rooms.

After series of checks by the match officials, South African referee Eugene Nkosinathi Mdlule had a conversation with the match commissioner as well as the team captains for both sides.

Al parties later agreed that the match should be called off and replayed on Monday, October 28, 2019, at the Baba Yara Sports Stadium.