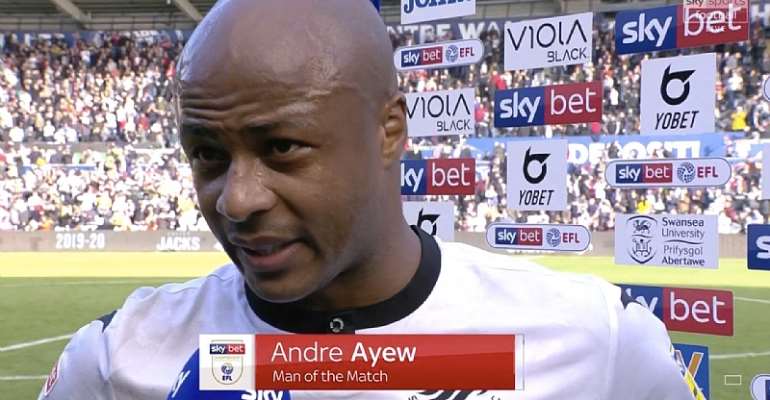 Ghana captain, Andre Ayew has been named the man of the match in Swansea City 1:0 win over Cardiff on Sunday in the Championship at the Liberty Stadium.

The two teams are the only non-English clubs playing in any of the professional four tiers in England.

Ben Wilmot was the hero in the first half for the Swans heading home from a beautifully worked short corner on the 24th minutes.

Steve Cooper's side are in fourth place on the log, two points behind leaders West Bromwich Albion.

They could be overtaken by Bristol City pending their result against Wigan Athletic.

Andre Ayew lasted the entire duration of the game.
The South Wales outfit will travel to the DW Stadium at lunchtime next Saturday to face the Latics.