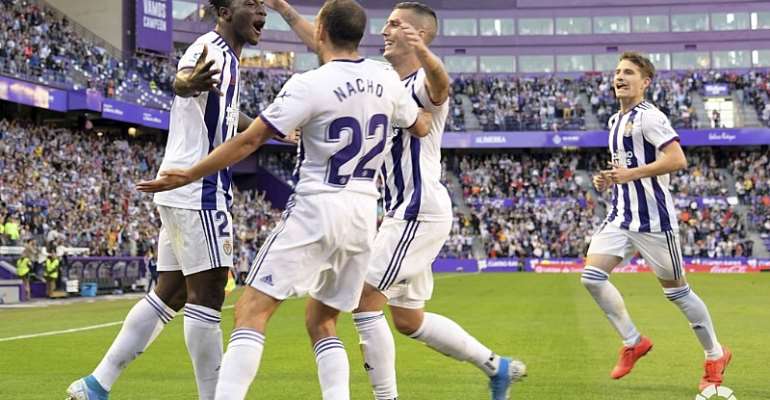 Ghanaian international, Mohammed Salisu enjoyed a good day at the office on Saturday afternoon and managed to score his first La Liga goal for Real Valladolid to help them beat Eibar 2-0.

In a match week 9 fixture played at the Jose Zorilla stadium, the home side left nothing to chance and tamed their guests to ensure they bagged the crucial 3 points at the end of the 90 minutes.

Salisu who has cemented a place for himself for Valladolid as a center-back was handed another start on the matchday. He did not disappoint and put up yet another outstanding performance.

A good run of play from the hosts saw them taking the lead after ten minutes into the first-half courtesy a strike from Sergi Guardiola.

Late in the half, Mohammed Salisu got himself into Eibar’s half and scored to give Valladolid a two-goal cushion before going into the break.

That strike from the 20-year old was enough to hand the newcomers all 3 points following a show of resilience in the second half that denied Eibar any opportunity of getting on the scoresheet.

Salisu continues to impress in the Spanish La Liga and is being tipped to become one of the best center-backs in the near future.