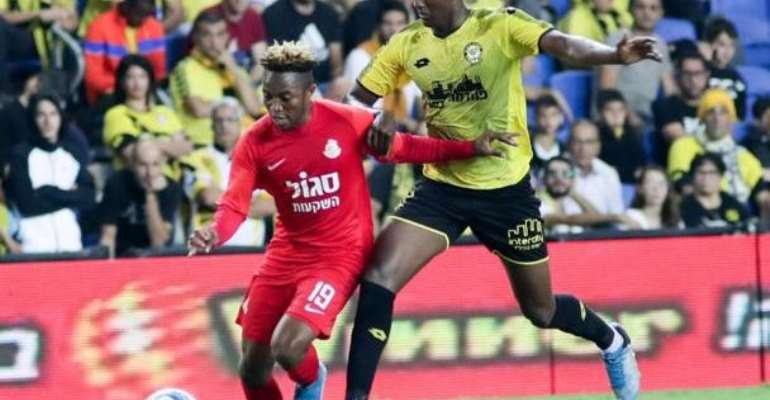 Ghanaian midfielder, Samuel Alabi exhibited fine form on Saturday evening to inspire his Ashdod FC side to a resounding 4-2 victory over Maccabi Netanya in the Israeli Premier League.

The two sides locked horns at the Netanya Stadium in a crucial encounter in search of all 3 points to lift them from the relegation zone. At the end of the day, it was the away side that showed more desire to earn all points.

Samuel Alabi, formerly of Dreams FC was handed a role for Ashdod FC on the day and repaid his manager for his faith in him. The midfielder bossed the middle of the park throughout his stay on the pitch and was in the thick of affairs of all the good things that happened for his side.

Netanya took the lead just 23 minutes into the game through Roi Kahat before Yakub Sylvestr restored the balance of the game for the guests.

A brace from Shlomi Yosef Azulay and a strike from Sagiv Jehezkel in the second half handed Ashdod FC a 4-2 win with Roman Golabart netting Netanya’s second goal.

Samuel Alabi’s impressive showing in the match earned him the man of the match award. His side has now successfully jumped out of relegation as they continue their quest to get into the top four.

He missed the early parts of the season through injury but after gaining fitness and showing his quality this weekend, he is set to enjoy more minutes in subsequent matches.