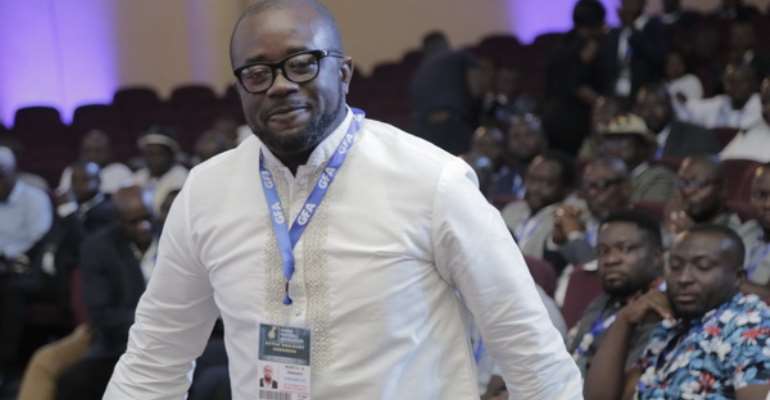 Football has since time immemorial served society in countless beneficial ways. It has been the only unifying factor beside Christianity and its variants. It brings people together from all walks of life without discrimination, stereotype or marginalization.

Football resonates with the rich and poor, all races and tribes, ethnic groups and genders.

Football is a religion that has never disappointed its loyalists and worshippers.

From the foregoing, football bodes well for humanity. As such, it is expected that people who opt to play the intermediary role between football and its lovers identify with the mission of football and act along.

It is, therefore, counterproductive for football people to join the fray with the parochial intent and calculated steps of self-aggrandizement. When the quest for money making out-positions the unifying role of football, the outcome is always deleterious.

On Friday, 25th October, 2019, the Ghana Football Association elected a new leader to spearhead its affairs from the unsatisfactory situation it plunged itself a year ago (https://www.ghanafa.org/kwesi-nyantakyi-resigns-as-gfa-president).

Kurt Okraku’s triumphant emergence from the contest came as a surprise to no one — not even his fiercest rivals. His steady but meteoric rise from the foundation to the top was long envisioned and prophesied by local connoisseurs of football. He has risen through the grilling mill of football in Ghana and has established strong network with football administrators and fence warmers across all levels of the game in Ghana.

Kurt Okraku’s forays into football began at the teen age of 17, when he formed the Shooting Stars FC, a colts football team. From then, he never looked back, practising sports journalism with Radio Universe while studying for his first degree at the University of Ghana. He had stints with Radio Gold and Groove FM as a sports presenter and producer with specialization in football.

Kurt Okraku proceeded to the University of Liverpool for his Master of Business Administration degree in football management.

He returned to Ghana to work with Accra Hearts of Oak as an administrator.

Okraku has wined and dined with football and has progressively warmed himself into the hearts and souls of both full-time football people and adjunct football followers.

“My love for the beautiful game has sent me on a great journey to becoming a sports journalist and seasoned football administrator,” he is quoted widely by major news portals.

Our new football leader is thoroughbred for the post he has campaigned for and won. He is rearing to bring to bear his decades-long experience in football from the home of football (England) and Ghana. I hope he succeeds without having to play it dirty as did others. He cannot afford to take us for a ride in the face of palpable high yearn for a genuine leader and total transformation of Ghana football.

Can he do it alone? No! No one has ever done it alone and succeeded. The whole nation has to rally behind him as His Excellency President Nana Addo Dankwa Akufo-Addo has implored.

Kurt’s immediate predecessor Kwesi Nyantakyi was the darling boy of Ghana football for many years. He got himself involved in his early years as well and managed a trusted team of football people who had seen it all. But he ended up a villain when Anas Aremeyaw Anas and his Tiger Eye PI team of investigators published evidence of alleged corruption involving him and some others from his inner circle.

If Kurt does not learn from the pitfalls of the Nyantakyi administration, if he does not sweep away all the bad elements in Ghana football and forge a new future for Ghana football, he will be remembered for dashing hopes and dreams of many a Ghanaian football follower.

One area where he can start leaving his footprints is the appointment of a Vice President. Being the second most-powerful person in football at the national level, the Vice President must come in clean of all baggage of old. He or she must have deep-rooted knowledge and application of the game. He or she must identify with the mission and vision of the nation for Ghana football and run with it. His Vice President must be an unflinching supporter and not a self-server aiming to take over his role in the event that he fails.

Kurt must place on the back burner any ambition of amassing wealth using his privileged position of influence. It is such that has landed some in a mess.

Last but not least, Kurt must demonstrate in full his professional leadership qualities that have endeared him to the football community as the finest administrator of football in Ghana.

He has come at a time most ideal for rescuing and revamping a sinking ship. He can build on from where Dr. Kofi Amoah of the FIFA Normalization Committee are leaving it.

We have the finest ever opportunity to turn the shattered fortunes of Ghana football around under the leadership of Kurt Okraku. If he fails to deliver the goods, he will share an unenviable place in history with his displaced predecessor.

I hope our new President takes inspiration from the saying, “Great spirits have always encountered opposition from mediocre minds” and tread with utmost caution and precision like a serpent.

The very people who hailed him with “hallelujah!” today will mock him with “crucify him!” tomorrow if he makes a mess of this great responsibility placed on him.

FixingTheCountry Movement to march in support of Akufo-Addo'...
12 minutes ago