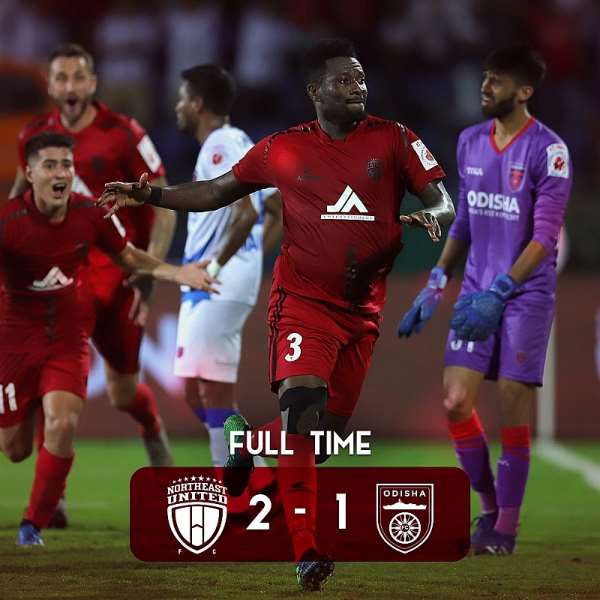 Legendary Ghanaian striker, Asamoah Gyan was on the scoresheet on Saturday afternoon as his NorthEast United side cruised past Odisha with a 2-1 victory in the Indian Super League.

In a match played at the Indira Gandhi Athletic Stadium, the home side knew at the back of their minds that they urgently needed to win following their goalless draw against Bengaluru on match week one.

Sticking to their gameplay, NorthEast United took a deserved lead just two minutes into the first half courtesy a clinical strike from Redeem Tlang.

The home side held on to that lead and went into the first half break with a quite comfortable lead.

Odisha returned from the break with a potent game plan that yielded results on the 70th minute to see Xisco Hernandez finding the back of the net to restore the balance of the game.

Asamoah Gyan later scored the winning goal for his side on the 82nd to give them their first win of the season, handing them a vital 3 points.

This is the first goal for the Black Stars striker who completed his move to NorthEast United in the summer transfer window on a free transfer.