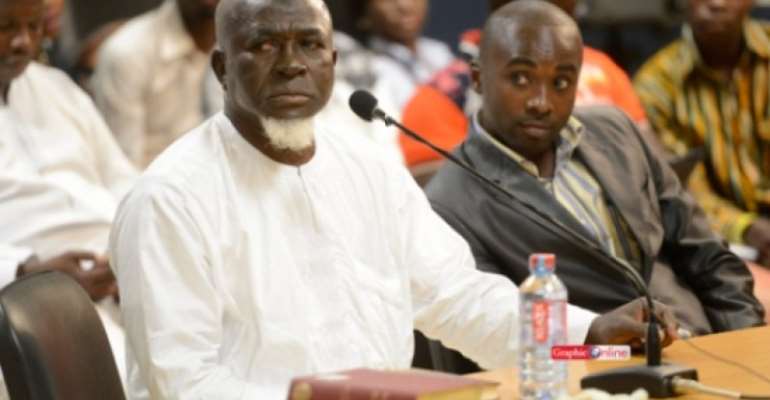 Owner and bankroller of King Faisal, Alhaji Abdul Karim has confirmed that he is ready to welcome investors to the after been promoted to the Premier League.

King Faisal FC was regained their Premier League status following an 18-club league system for the 2019/20 Ghana Premier League season at the 2019 Ghana FA Extraordinary Congress on Friday in Accra.

Due to the difficulties in paying salaries, the owner has been forced to throw in the towel by inviting potential investors to take over the club.

“I’m ready to release King Faisal outright to any investor but my only plea to any potential buyer will be that he shouldn’t rename the club just in honouring me,” he told Kumasi FM.

“We are considering relocating the club from Kumasi. We can’t continuously play in Kumasi whiles we gross GHC6 from our games.

“I was born and bred in Kumasi but the people of Kumasi has neglected King Faisal even in our prime days.

"I’ve informed Dr KK Sarpong to take over the club and he has assured me that, even if he doesn’t become majority shareholder, he will help King Faisal.

The Insha Allah boys will play in the Ghana Premier League for the first time since they were relegated on 2014.