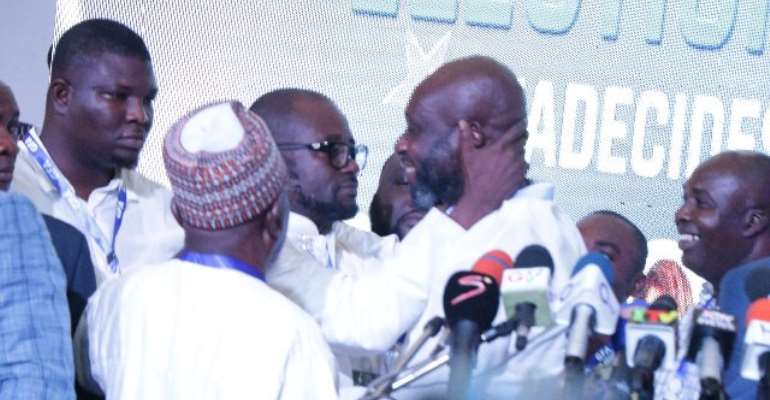 The Okyeman Planner conceded defeated ahead of the third round.

After two rounds of voting, no candidate polled 61 votes representing 50+1% required for an outright victory.

Kurt Okraku won the second round with 59 votes, 16 more than George Afriyie. Nana Yaw Amponsah finished with the least votes here as he earned 16.

However, with the voting set to start, George Afriyie begged the attention of the gathering and announced his decision to concede defeat.

Despite conceding defeat, the former Ghana FA vice president has sent a congratulatory message to Mr Okraku and also thanked all the delegates.

Mr Okraku Kwesi Nyantakyi as president of GFA. Nyantakyi, who had led GFA since 2005, stood down last year and was later handed a life-time ban by FIFA for breaching ethics guidelines.