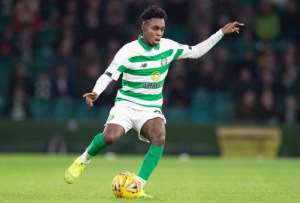 Dutch-born Ghanaian defender, Jeremie Frimpong, has snubbed overtures to play for the Black Stars and has instead opted to feature for the Holland national team.

The young defender, who wants to follow in the footstep of Liverpool centre-back Virgil van Dijk says Ghana have expressed interest in him but he feels like playing for his country of birth.

“There is interest in me from Ghana but right now I want to play for Holland although I won’t write off Ghana. I could play for England as well. If that came about it would be between those three but I don’t have Scottish connections!”

The 18-year-old former Manchester City kid who was born in Amsterdam to Ghanaian and Dutch parents said his heart was set on playing for the Oranje team one day and was looking forward to that.

“It would be exciting to be a part of that. They play a lot of young players as well who are really good. The Dutch are building.

“Back in the day they were great and they are keeping it up. I’d love to be a part of it.

The full-back who has made an explosive start to life at Celtic said he had begun learning the Dutch language although he finds it much difficult.

“The language isn’t the easiest to learn. The way they speak is fast so you just have to listen to what they are saying and look at their lips carefully. My sister speaks it fluently. She has been teaching me little bits but it’s hard.

“It was English that was spoken in the house when I was growing up. That and the Ghanaian language called Twi.

“My mum would normally speak that to me but my brothers and sisters all speak English. The only Dutch they would use would be hello and goodbye.