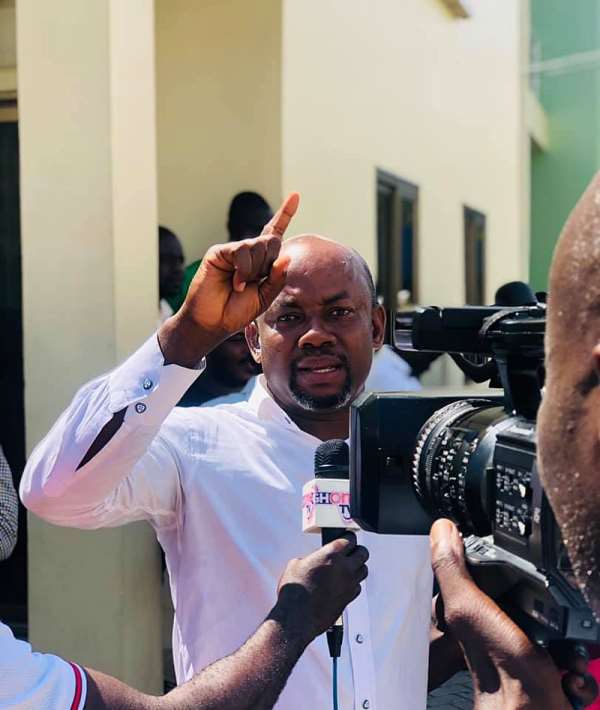 Friends of Boxing (FOB) in Ghana have congratulated Sammy Anim Addo for winning one of the three slots from the Division One Football League to serve on the Executive Council of the Ghana Football Association (GFA).

Sammy Anim Addo who is the manager of Black Stars’ general captain, Asamoah Gyan and the Baby Jet Foundation is also the manager of boxing prodigy, Joseph Laryea of Bronx Gym at James Town in Accra.

Before the elections, head coach Carl Lokko of the Bronx Boxing Gym said he can predict a victory for Sammy Anim Addo and it came to pass as he got 19 votes to be elected.

Others elected from the Division One League are Mr Randy Abbey who got 26 votes and Mr Mark Addo who pulled 25 votes.

In a race involving 9 contestants, Samuel Anim Addo who represented Young Soccer Apostles, a club in the Brong Ahafo region pulled 19 votes behind Randy Abbey representing Kpando Heart of Lions who got 26 votes from a total of 48.

The Division one league clubs are expected to have three persons onto the Executive Council.

Other results are
Gideon Fosu – 17
Otuo Acheampong Boadaa – 14
Justice Boison – 13
Alhaji Karim Ahmed Grusah – 10
Kweku Eyiah – 7
Eric Opong Yeboah – 4
Anim Addo is a household name in Ghana Football thanks to his love and affection for Juvenile Football and the discovery of Asamoah Gyan. He is also a keen boxing enthusiast.