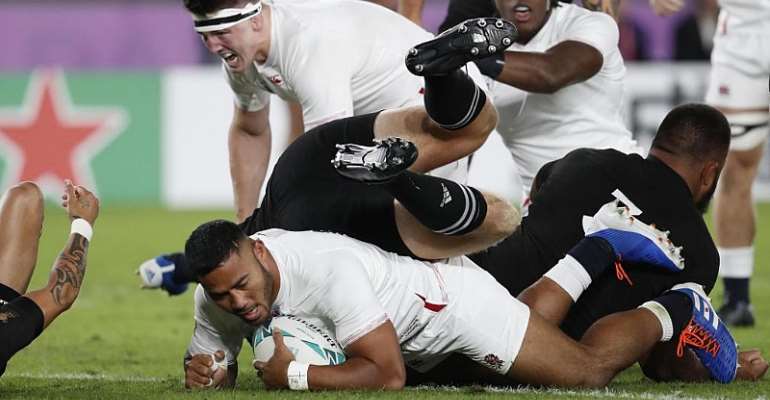 England led 10-0 against against top ranking New Zealand at half time in the first Rugby World Cup semi-final on Saturday in Japan.  England, ranked second, displayed agressive tactics from the off. The match promises to be full-on from start to finish.

Within the first two minutes of the game, the score stood at 7-0 to England after a try from 28 year-old Manu Tuilagi. Captain Owen Farrell made the conversion.

As the half-time whistle was about to sound, George Ford scored a penalty giving the England team a 10-0 lead.

The All Blacks defending champions prepared for the fray as always with their traditional 'Haka' war dance.

But their rivals were determined not to be impressed. The England team formed a 'V' in response and three England players brazenly crossed the halfway line to stare down the All Blacks.

Officials called at them to retreat. They stayed put.

Whichever side wins Saturday evening's match, will meet either Wales or South Africa in the final, after Sunday's second semi-final.

FixingTheCountry Movement to march in support of Akufo-Addo'...
46 minutes ago