BREAKING NEWS: Kurt Okraku Is The New President Of The GFA 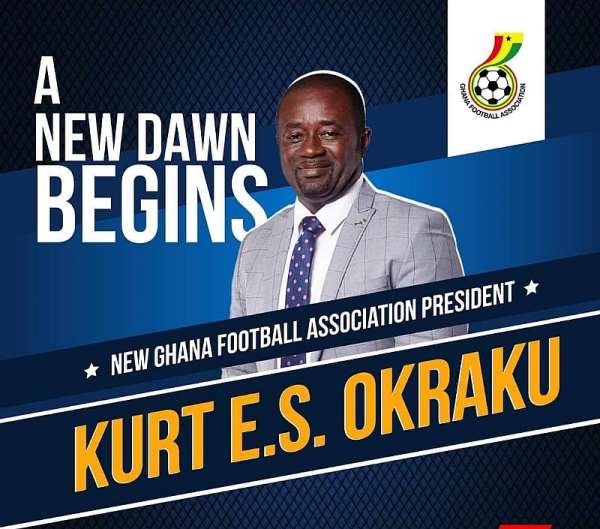 Owner of Dreams Football Club, Kurt Edwin Simon Okraku has been voted for as the new president of the Ghana Football Association (GFA), Modernghana Sports can report.

The established football administrator who is largely known for elevating the MTN FA Cup competition knocked out George Afriyie who was tipped to win the vacant seat prior to the election.

The football community gathered at the Physicians and Surgeons Center in Accra earlier today for the elective congress of the football association in a bid to elect a new leader for the embattled body.

Kurt Okraku amassed the most number of votes at the end of the first two rounds, beating all his competitors which included George Afriyie, Nana Yaw Amponsah, Fred Pappoe, and Lawyer Amanda Clinton and George Ankomah Mensah.

He later went into the final round with former FA Vice President George Afriyie as they both hoped for victory to get the right to occupy the presidential seat.

The Dreams FC owner was subsequently given a free pass after George Afriyie conceded defeat to allow for a smooth process that will see football winning at the end of the day.

Kurt Okraku is now set to replace Lawyer Kwesi Nyantakyi who headed the GFA for the last 13 years.

The new face of the country’s football governing body will serve for four years before another election will be held per the regulations of the newly adopted statutes.

Ken Agyapong is only brave on NET2 TV but actually a coward ...
2 minutes ago