GFA Presidential Election: Kurt Okraku Face Off With George Afriyie In Third Round 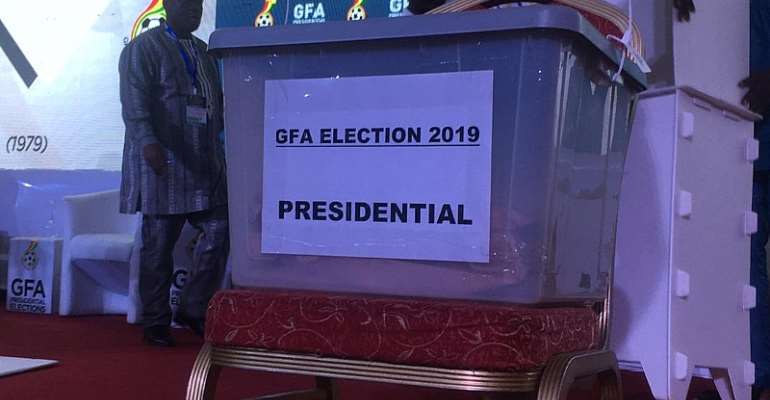 The two started the electoral exercise as two of the six candidates vying for the vacant position at the football governing body which was last held by Lawyer Kwesi Nyantakyi.

After two rounds of the election at the Physicians and Surgeons Center in Accra, Kurt Okraku and George Afriyie are the only men standing.

They face off for one last time as they hope for delegates to give them the mandate to steer the affairs of the GFA after the reign of the Normalization Committee comes to and end next month.