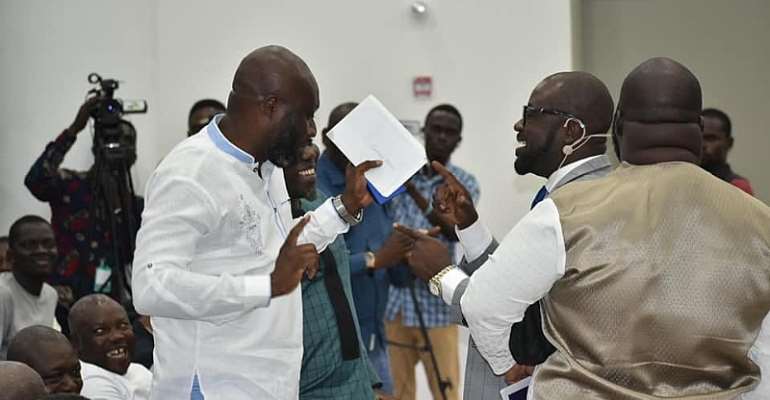 Growing reports at the elections grounds indicate that Kwesi Nyantakyi would likely have a big say as to who becomes the next president of the Ghana Football Association (GFA).

Mr. Nyantakyi, a former President of the country’s football governing body has been sidelined from the ongoing electoral exercise at the Physicians and Surgeons Center in Accra after he was implicated in the 'Number 12' video aired by Anas Aremeyaw Anas last year.

Prior to leaving office, the ex-president had a fallen out with George Afriyie who was acting as his deputy. Their relationship ended so bad that the Okyeman Planners owner had to be relieved from his post.

Due to that, it is understood that Lawyer Kwesi Nyantakyi is throwing his weight behind Kurt Okraku to become the next president of the GFA.

Reports on the further reveal that the former CAF vice president is present at the election grounds and has put in some good words to delegates on behalf of Kurt Okraku.

That move is likely going to be key in who becomes the next president of the GFA presidential elections.

Meanwhile, the second round of the polls has George Afriyie, Nana Yaw Amponsah, and Kurt Okraku competing for the top job at the football association.