GFA Elections: Elections Head To Second Round After Kurt Okraku Pulling A Surprise 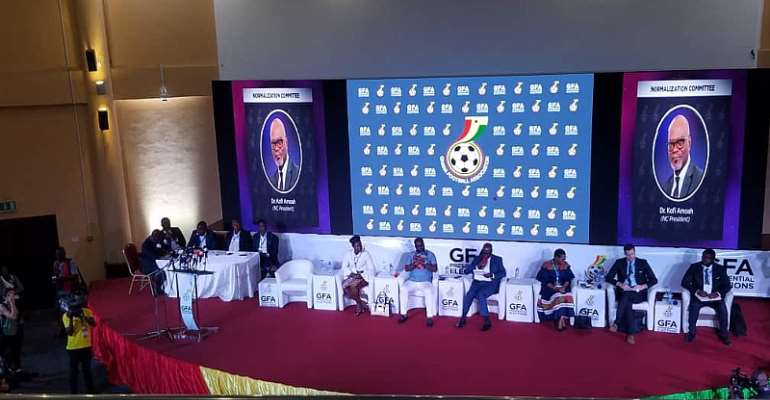 The Ghana Football Association's presidential elections are heading for a second round after none of the candidates managed to poll over half of the ballots cast.

The position of GFA President has been vacant since 2018 when Kwesi Nyantakyi resigned following damning revelations in an exposé by investigative journalist Anas Aremeyaw Anas.

The elections were allowed to proceed after the Court of Arbitration for Sport (CAS) rejected an injunction appeal by a disqualified Presidential aspirant, Wilfred Osei earlier on Friday.

The GFA’s Congress has a total of 120 delegates with the Division One League clubs accounting for the largest group; with 48 delegates.

However, only 118 votes were counted.
Fred Pappoe has opted out of the second round leaving Kurt Okraku, George Afriyie and Nana Yaw Amponsah for the round-off.