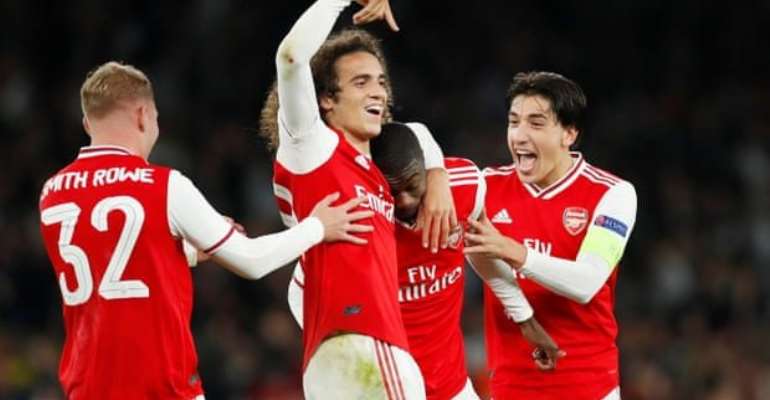 Nicolas Pepe came off the bench to save Arsenal, converting two stunning freekicks to give the Gunners a dramatic 3-2 win over Vitoria Guimaraes in the Europa League.

The result was enough to put Unai Emery’s side on the brink of qualification for the competition’s last 32, but the manner of the performance will see yet more questions asked of the Spaniard after the shock defeat to Sheffield United earlier in the week.

Vitoria took a surprise lead after just nine minutes when former Tottenham youngster Marcus Edwards finished well after Kieran Tierney was exposed down the right-wing. Gabriel Martinelli equalised with a header just after the half-hour mark, but the Portuguese visitors hit back.

Indeed, it took Vitoria just four minutes to regain the lead, with Bruno Duarte lashing home a finish on the rebound after Davidson had struck the woodwork with a low drive. For a long time, that looked like being the decisive blow.

But Pepe was introduced off the bench with 15 minutes left on the clock and scored two stunning freekicks to spare his team’s blushes and maintain Arsenal’s 100% record in the Europa League group stage.