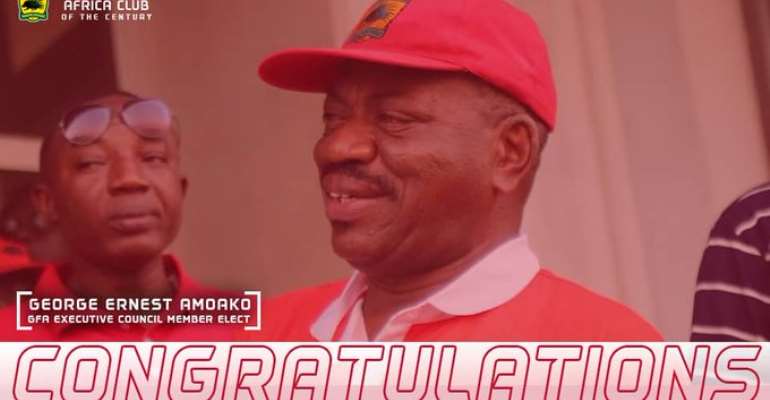 Kumasi Asante Kotoko has congratulated its Chief Executive Officer (CEO) George Amoako following his triumph in today’s Ghana Football Association (GFA) election where he has earned a slot on the Executive Council.

The experienced football administrators contested with six other candidates but earned a total of 10 votes at the end of the contest to ensure he secured the right to serve on the new Exco of the country’s football governing body.

In a post on the official Twitter handle of the Porcupine Warriors, they have lauded their CEO for his latest achievement on his birthday.

He will be representing the Ghana Premier League clubs on the Council together with Medeama SC board chairman Dr. Tony Aubynn, Ashgold CEO Frederick Acheampong, Oduro Sarfo of Berekum Chelsea, as well as Bechem United’s Kingsley Osei Bonsu.