New Executive Council Will Function As A Team - Randy Abbey 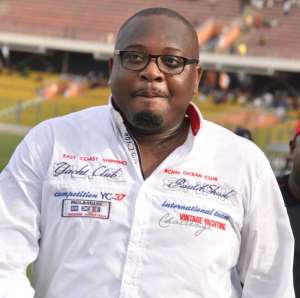 Chief Executive Officer (CEO) of Kpando Heart of Lions, Randy Abbey has confidently stressed that the work of the newly formed Executive Council of the Ghana Football Association (GFA) will be characterized by team work.

His comment comes on the back of today’s electoral process which has seen the selection of members that will serve as Executive Council members under the new regime of the FA once a new president is elected.

At the end of the polls, Randy Abbey has been given the nod to sit on the Exco after he was massively voted for by delegates. He pulled 26 of the total vote cast and will serve on behalf of the Division One League clubs together with Mark Addo and Samuel Anim Addo.

Speaking to Joy FM after he learned his faith at the elections grounds, the former Communications Director of the GFA observed that the job ahead of the team will be based on teamwork.

“It’s going to be a team. Like I keep saying it is about the team. What is ahead of us is how to restore the brand. We know that that is the big thing. How we will go about it is when we meet to discuss it as a team and consult other stakeholders”, he noted.

He added, “It is a team that is going to deliver. Now we only know of five. I mean one from RFA, one from the Women clubs and then three from Division One.

Randy’s experience and expertise as a football administrator will be largely relied on when a new GFA president is elected.