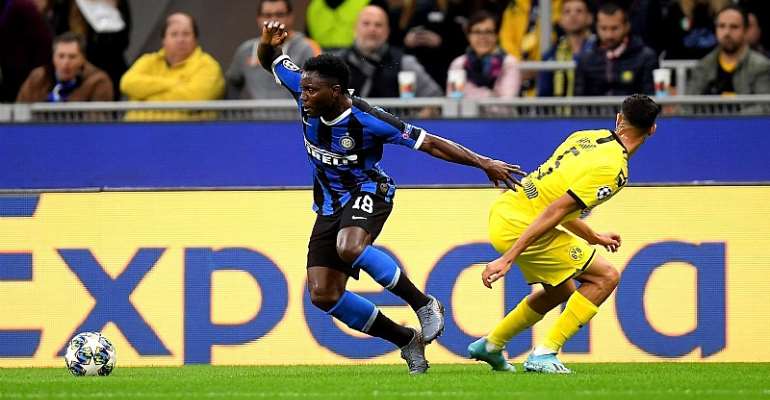 Kwadwo Asamoah has hailed his Inter Milan teammates over their 2:0 win over Borussia Dortmund in the Champions League on Wednesday.

The win over the German side was the first win for the Nerazzurri.

Goals from Lautaro Martinez and Antonio Candreva sealed the win for Antonio Conte's side.

Asamoah played for 80 minutes and was replaced by deputy left wing-back Cristiano Biraghi, who started in the 30-year old's place at the weekend.

It makes it the first time this season the former Juventus man has failed to complete the entire 90 minutes on the pitch.

He had a rather quiet evening, with a couple of solitary efforts which included clearances, tackles and dribbles.

Antonio Conte’s side now has four points from three games having drawn with Slavia Prague and being beaten by Barcelona at Camp Nou.

They return again to play Dortmund on November 5, but this time at the iconic Signal Iduna.