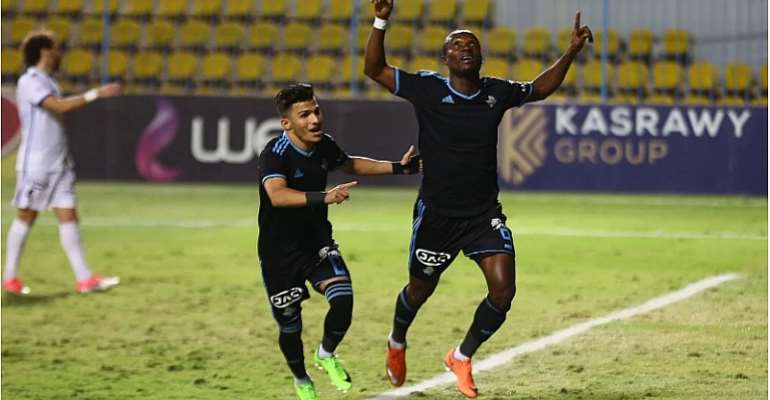 Egyptian debutants Pyramids are hoping for a historic place in the 2019-20 Total CAF Confederation Cup group stage when they visit seasonal campaigners Young Africans of Tanzania at the additional second preliminary round first leg this weekend.

After a dream start to their first-ever CAF campaign that has seen them scaling over Etoile du Congo and Algeria’s CR Belouizdad, big spenders giant spenders Pyramids hope for a place in the lucrative mini-league stage. But they have first to overcome the Yanga, as the Tanzanian giants are well known between their fans.

The Egyptian newcomers are favoured by history in their quest for the biggest leap in the club's existence. In eight previous encounters against Egyptian clubs, Yanga has never emerged aggregate winners. The Tanzanians have lost five times to Egyptian giants Al Ahly, twice to their Cairo rivals Zamalek and once to Ismaily. The recent was in the 2016 CAF Champions League, when Ahly scored a 96th-minute goal to win 2-1 on the night, and advance on with an aggregate 3-2 victory.

Guided by Frenchman Sebastien Desabre who knows well what continental football is all about, Pyramids (founded in 2008 under the name Al Assiouty Sports before being totally revamped last year) have their key players to rely on. Skipper and veteran midfielder Abdullah Elsaid leads the pack, having won two CAF Champions League titles (2012 and 2013), and a CAF Confederation Cup trophy (2014) during his days with Ahly.

But the man to look out for is definitely the Ghanaian import John Antwi. Regarded as one of the best ever foreign players to play in Egypt, he joined Pyramids last season from Misr Makassa. He has scored three goals in this season’s CAF Confederation Cup, becoming the first foreign player to score for three different Egyptian clubs in the tournament, after netting before with Ismaily (in 2013) and Al Ahly (in 2015).

The return leg is scheduled in Cairo on 3 November 2019, and the aggregate winner reaches the lucrative group stage, and while Young Africans look to make amends for their premier club competition CAF Champions League exit, losing 3-2 on aggregate to Zambia’s Zesco United, Pyramids are hoping to continue their fairytale debut campaign with a further step.