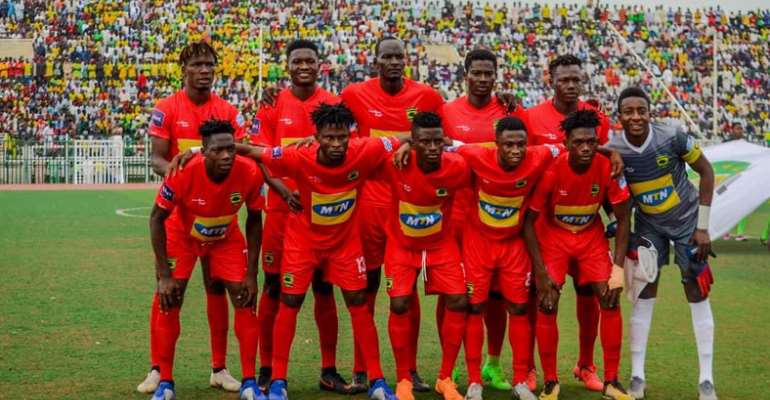 A former striker of Asante Kotoko, Eric Bekoe, has called on the Porcupine Warriors to bring their experience to bear as they host Ivorian outfit, San Pedro FC, in the CAF Confederation Cup first leg encounter at the Baba Yara Stadium in Kumasi on Sunday.

Bekoe, who was instrumental in Kotoko’s success in the 2017-2018 Premier League season, expressed the belief that Kotoko had what was required to eliminate the Ivorian side, should they stick to their game plan.

The Porcupine Warriors were demoted to the CAF Confederation Cup after losing on a 2-3 aggregate to Tunisian side, Etoile du Sahel.

Coach Kjetil Zachariassen’s team face a must-win match over their opponents at home as they need a convincing victory before heading to Côte d’Ivoire for the second leg.

Bekoe, who netted 17 times for the Porcupine Warriors during the 2017-2018 season, told the Daily Graphic that his former club must work tirelessly in the two games if they are to qualify to the next stage of the competition.

“I think they have a chance after the experience in the Champions League which they must bring on board in this game.

“Playing in the Champions League is a bigger stage and I expect them to learn a lot from their game with Etoile du Sahel in order to ensure they don’t repeat such mistakes in the Confederation Cup,” he said.

The Kumasi-based club have been playing at the continental stage without a substantive league back home. A move that has affected their chances, especially when they lack match fitness in most cases.

When asked if that could play a vital role in deciding the tie, Bekoe agreed with the assertion and stated that Kotoko would have the toughest task of dealing with the relatively fitter San Pedro side who are actively playing in their league matches.

Nonetheless, he expressed the confidence in seeing his former side deal with that threat in order to qualify to the group stage of the CAF Confederation Cup, having been in this situation before.