Why Ghana Is Ready For A Female GFA President - Amanda Clinton 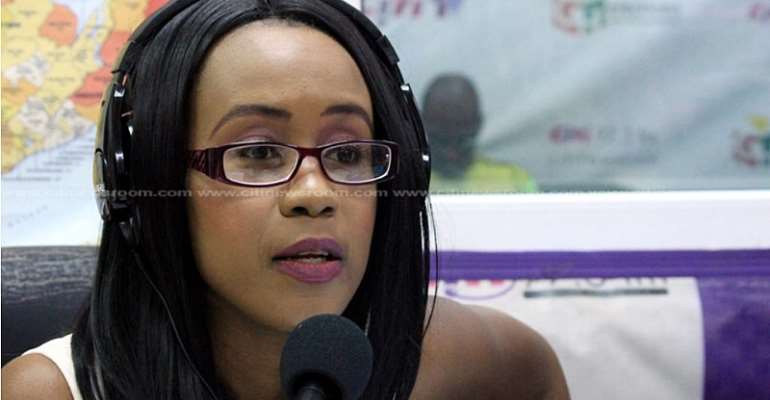 WHAT THE ASSOCIATION NEEDS
Members of the GFA prefer that the association has more money poured into the association and that the image of the GFA is redeemed. As a crisis management expert at the helm of the FA’s affairs, I would be able to ensure this effectively happens over a period of 4 to 8 years.

My administration would be characterized by sacrifice and servant-leadership, something the GFA needs and few of the other aspirants can offer.

I have deep motivations for contesting for the GFA presidency because I believe that it is not business as usual for GFA members and they are ready for a president to turn the GFA into a centre of excellence administratively in order to catapult the association to the next level. Under my administration, the GFA could become world-class and the beacon of Africa when it comes to football administration.

As president of the GFA, I would be in a position to negotiate for millions of more dollars internationally and locally given my skill-set as well as effectively rebrand whilst ensuring buy-in from all stakeholders. The name of the game for the FA should be about selecting a crisis management expert as President in order to redeem its reputation publically and start the journey of improving the FA’s ability to attract better publicity and more money.

FEMALE LEADERSHIP
Should Ghana wake up to a female GFA president this Saturday, this would bring about worldwide attention which can be redirected to highlighting the road map the GFA is about to embark on and attract more corporate and international sponsorships for the benefit of the GFA and its members. Having lead major national campaigns, my image can be used to redeem the GFA’s image as I spearhead a seamless transition to ensure it become a centre of excellence in football administration.

This is a new chapter for the GFA and the public will not be convinced of a new beginning if its business as usual at the FA!

Overall, I am not riding on the ‘female’ ticket but the excellence ticket, the question is though is it business as usual at the GFA or are they ready to transform the GFA into a true centre for excellence? I will find out when 120 delegates vote this Friday.

MY EXPERIENCE
As an international lawyer with organizational management skills at division 2 level and having worked for the Executive Committee of the GFA during last year’s crisis by managing the crisis, I believe that integrity, transparency and my skills for the application of best corporate governance structures in engineering sponsorship inflows into the GFA will help clubs and football development.

As the last 13 years has demonstrated, it is not only football people that can solve the problems of the GFA in terms of reputation and introducing more streamlined processes. Although I may not be considered someone who can bring on board detailed familiarity of football, this is easily assimilatable and with two specialized project managers as my personal assistance with additional experience in football, this will complement my efforts working with the Ex-Co and committees as I expand my football knowledge.

CRISIS MANAGEMENT
The F.A is in crisis because in the last 10 years, no other company has had its image so damaged (other than Menzgold) and if a president is selected this Friday that is deemed corrupt, this will take the FA back to the dark ages of its time and not inspire public confidence or buy-in from stakeholders.

The F.A is also in crisis because if you ask every other person on the street what they think about the GFA, cronyism and management with self-interest may be the first thing they cite.

This image can only be restored in 4 to 8 years by someone with crisis management experience right at the top of the GFA as President.

NON-MEMBERS
In my view, non-members should be able to rise and contest for the position of president because they remain transparent and accountable with no conflict of interest issues in terms of competing for interest.

REPUTATION
The GFA’s reputation can only be salvaged with leadership that comes across to the public, corporate Ghana, FIFA and different stakeholders as non-corrupt, original, forceful and willing to serve the organizat6ion’s members, which I am willing to do.

A few of the other aspirants have been tainted with the brush of being part of the old administration and although their deeds did not lead to their disqualification to run for the position, I believe delegates will vote discerningly this Friday.

LAW AND ADMINISTRATION
I am passionate about following due process and applying the stipulations of the GFA, CAF and FIFA statutes to create the smooth and profitable functioning of Ghana’s football across all age brackets and gender.

I am still the only aspirant who promises to publish monthly updates on the FA’s website about how the monies are being spent since half of the GFA’s problems stem from lack of transparency which leads to money not being filtered down to where it belongs.

PRESIDENTIAL RECRUITMENT
At FIFA and at English premier league, senior-level positions are recruited from outside the organization and not through the ranks to avoid nepotism and familiarity which I think the GFA members should take into consideration when voting this Friday.

I would if elected enter the F.A to execute a job effectively and leave when my time is due.

VOTER BUYING
Although some other aspirants have been paying delegates, this to me should indicate to the delegates that if such a person takes office, they would recoup their losses and massage the FAs books.

A NEW DAY
With me as President of the GFA, this would be a new day for football administration in Ghana in terms of becoming world-class and sending a message internationally that we are on top of football affairs once more. I hope the delegates agree with me this Friday.