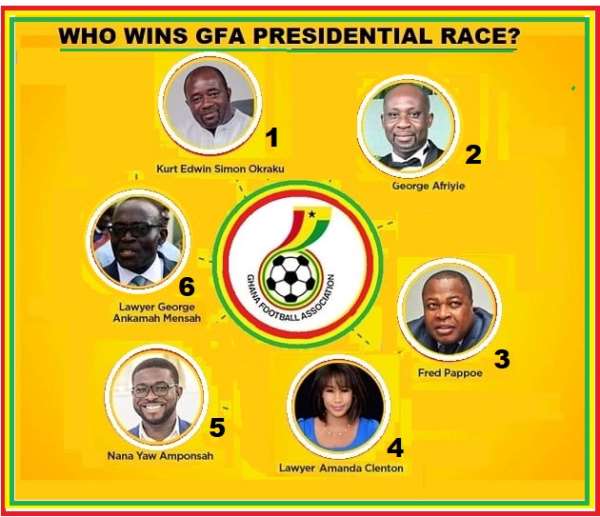 Meanwhile, all six candidates successfully went through a vetting process supervised by the NC with Tema Youth owner, Winfred Osei Kwaku Palmer being disqualified on the breach of certain statues of GFA.

The final six presented mouthwatering manifestos to delegates at various locations for the first time ever and again the NC went ahead to organize the maiden edition of the presidential debate in Accra on Monday, October 20.

From the assessment of some pundits, some Candidates like Fred Pappoe, Kurt Okraku and Nana Yaw Amponsah were outstanding in how they will tackle issues when they take up the position.

But the question is who wins Friday’s elections? Mybet.africa has odds for you to predict and win http://bit.ly/31zq1tO