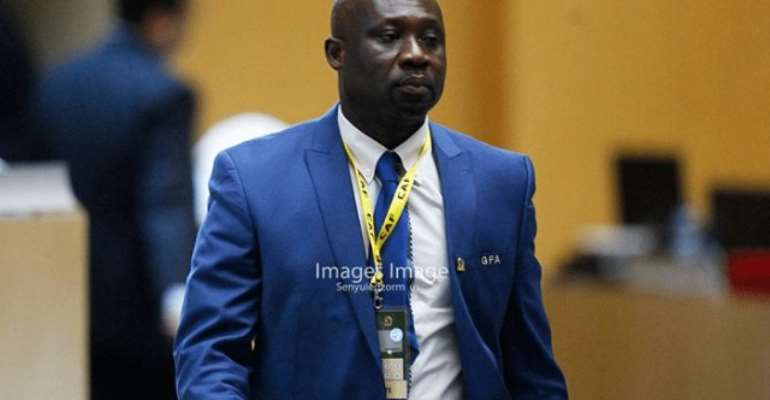 The patron of Chapter 51, a supporters group for Hearts of Oak (Legon Chapter), Wonder Victor Kutor has declared support for George Afriyie, one of the front runners in this weekend’s Ghana Football Association (GFA) presidential election.

“The state of our football has taken a nosedive because of the neglect by past leaders, even though that is the backbone of discovering and nurturing talents,” he noted.

“For a man who has shown total commitment to developing grassroots football, I am left with no doubt than to endorse Mr. Afriyie’s candidature,” he added.

As someone who once chaired juvenile soccer in Ghana, Mr. Kutor indicated that Mr. Afriyie’s competence has already been ascertained at that level when he was given the mandate.

According to him, Mr. Afriyie’s experience with managing grassroots football will cause him to focus on both the senior national team, the Black Stars and other sectors as well.

The focus on the Black Stars, Mr. Kutor explained, is one of the reasons other levels of the country’s sports have not blossomed because past leaders of the football association did not see the need.

“Mr. Afriyie is, therefore, going to turn this status quo, which is expected to restore the glory of other levels in competitive tournaments by winning medals”, he pointed.

This weekend’s GFA presidential election is seen as a straight race between Mr. Fred Pappoe, a former Vice President of the Football Association, and Mr. George Afriyie, who was also a Vice President.

Although there are four other candidates, Mr. Kutor believes Mr. Afriyie will emerge victorious against his closest contender, Mr. Pappoe.

The other aspirants are Mr. Kurt Okraku, who was once a chairman of the Football Association Cup and former member of the Executive Committee

Another candidate in the race is Nana Yaw Amponsah who also worked as a Federation of Football Association (FIFA) agent and sports lawyer.

Mr. George Ankomah, a human rights lawyer and sports enthusiast, is also in the race as well as Ms. Amanda Clinton, who is a Lawyer.

“Expect him to show proper accountability and transparency because that is what defines him and all the leadership positions he has occupied,” Mr. Kutor further stressed.

The documentary revealed bribery and corruption in Ghana football.

FIFA constituted a normalisation committee which was to manage Ghanaian football until a substantive president was elected.