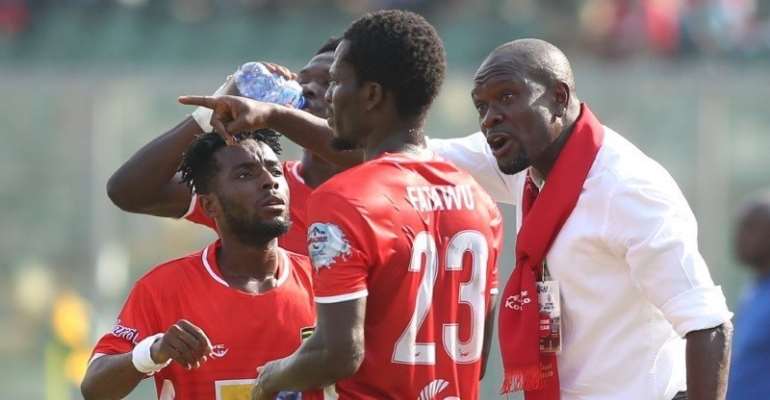 Former Head Coach of Kumasi Asante Kotoko, Charles Kwablah Akonnor has disclosed that he never wanted his last days at the club to be marred by back and forth visits to court and the Player Status Committee of the Ghana Football Association (GFA).

Though he qualified the team to the group stage of the CAF Confederations Cup for the first time in close to a decade and also led them to triumph in the tier 1 of the GFA Normalization Committee (NC) special competition, he was later shown the exit door.

With two years remaining on his contract, the gaffer asked for four months salary as compensation but unfortunately, the club refused to adhere to his demands.

CK Akonnor and his legal team subsequently dragged Kotoko to court to demand fairness. The case was later moved home but further non-cooperation from Kotoko forced the manager to take the issue before the Player Status Committee.

After sitting on the case, the committee ruled in favour of the coach and has ordered the club to ensure they pay all salaries due to their former employee for the remaining two years on his contract prior to his sacking.

Speaking to Fox FM on the back of the issue, CK Akonnor has shared that its unfortunate things had to end this way with a club that has given him so much.

“I won in all aspects of the case. It’s unfortunate because for the respect I have for the Asantehene Otumfuo I didn’t want it this way.

“I had the opportunity to shake hands with Otumfuo and it’s a privilege. I wanted it settled out of court but the management did not understand, I asked for only four months salary then I walk away but they didn’t agree, and now they are to pay for two years and there is a huge difference”, Coach Akonnor shared.