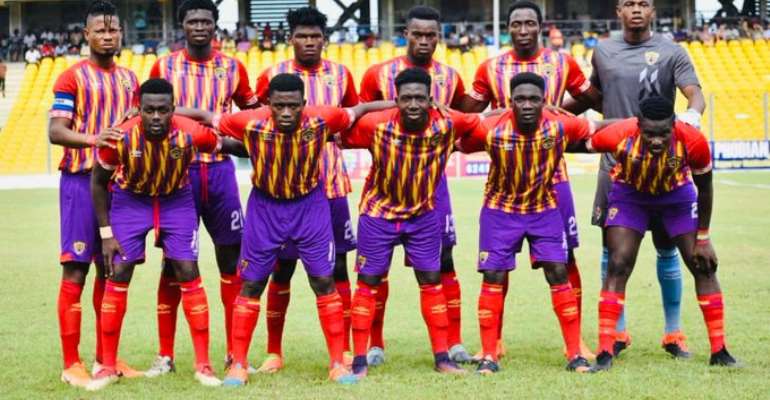 Ghana Premier League giants Accra Hearts of Oak suffered a 2-1 defeat at the hands of Academy side Glow Lamp Academy in a friendly encounter earlier today.

In a warm-up game played at Abreshia ahead of the anticipated start of the 2019/2020 season, it was the host who emerged victories after neutralizing the threats of their opponent.

A good run of play from the Phobians saw them opening the scoring in the first half courtesy a strike from Abubakar Traore who was assisted by new signing Emmanuel Mintah. They managed to hold on for a while but Glow Lamp academy gradually grew into the stride.

Later in the first half, the home side managed to get a goal of their own to ensure both teams went into the break on level terms.

Wholesale changes from Kim Grant weakened his side a bit and allowed the Nii Odartey Lamptey owned team to play some outstanding football.

Glow Lamp eventually scored in the second half through Rashad Baba Sulley as they cruised past Hearts of Oak with a 2-1 win.

The defeat for the Rainbow lads come just three days after they beat Great Olympics on penalties to lift the 2019 Homowo Cup.

The team will play two more friendly matches in Cape Coast against Vipers FC and Sky FC before returning to Accra.