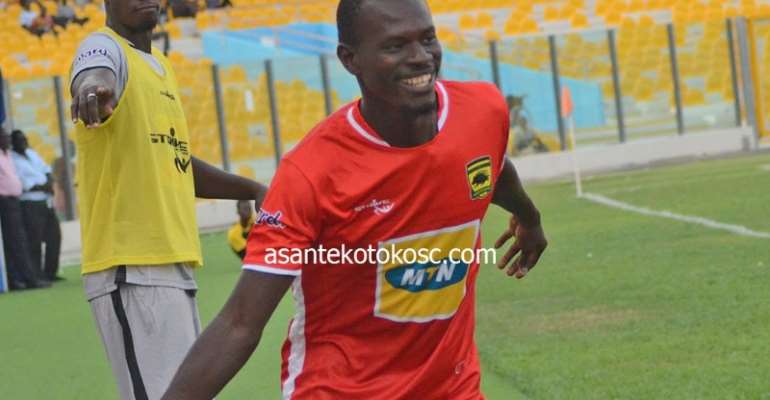 Kumasi Asante Kotoko striker, Naby Keita is optimistic of victory for his side when they take on FC San Pedro in the final qualifying round to the group phase of the CAF Confederations Cup.

Nicknamed the Porcupine Warriors, the team started their continental campaign in the CAF Champions League but were unfortunately knocked out by Tunisian giants Etoile Sportive du Sahel.

The Ghanaian side has now dropped into the Confederations Cup where they need to beat their Ivorian opponent over the course of two legs to secure qualification to the group stage.

Ahead of the first leg of the tie, Naby Keita says Kotoko will approach the game with all the seriousness it deserves in hopes of achieving their goal.

“It’s obvious we were eliminated from the Champions League, which wasn’t the best performance from us.

“But now our objective is the Confederation Cup which is also a very important one. We will approach it with all the necessary energy that is required of the competition to qualify to the group phase and also advance further” the Guinean striker said in an interview on the Kotoko Express App.

The first leg of the crucial tie has been slated for Sunday, October 27, 2019, at the Baba Yara Sports Stadium.