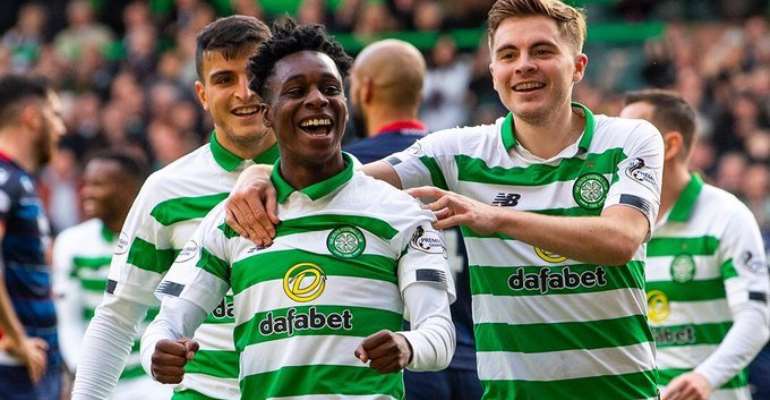 Ghanaian youngster Jeremie Frimpong says he would rather be motivated by racism instead than to let that affect his flourishing career negatively.

The full-back, 18, marked his Scottish Premiership debut with an assist in Saturday’s 6-0 win over Ross County.

The summer signing from Manchester City made his first appearance in a League Cup victory against Partick Thistle last month and has vowed to continue grafting for more first-team opportunities.

The Ghanaian international in an interview spoke about his experience of racism in football and insisted he would not walk off the pitch if he encountered it again.

He said: “In the past when I was younger I did get some of that. I went away with Man City – to Italy – and the fans were being racist.

“It’s come back a bit. The England game v Bulgaria, things like that – what’s the point? It kills the mood, the game of football, it just kills it. I wouldn’t walk off the pitch, no. I would just ignore them and then at the end of the game talk to them and ask ‘why did you do that?’.

“I’ll still play and I’ll play so hard to get a goal. It would just motivate me more. And when we win, I’ll love that.”