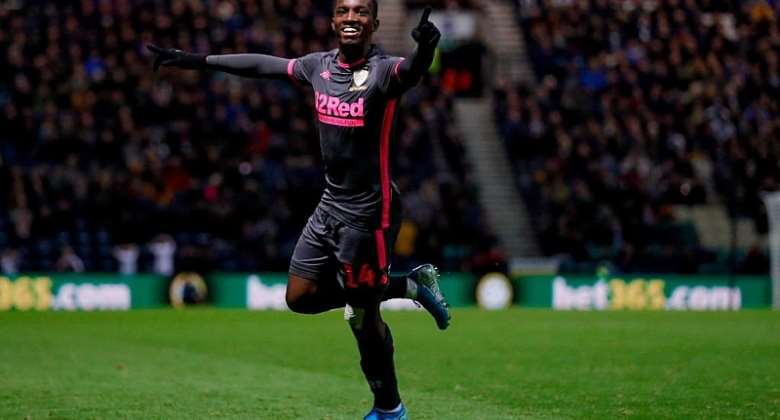 English-born Ghanaian forward, Eddie Nketiah impressed for Leeds United on Tuesday night when they draw 1-1 with Preston North End in the English Championship.

The attacker who is on a season-long loan from English Premier League side Arsenal is still making a case to be given starting roles on matchdays and continued his fine form in the division.

Though he started the match on the substitute bench, he emerged as the hero for Marcelo Bielsa’s side when they needed him most. Minutes after coming on for Patrick Bamford in the second half, he restored parity for the Peacocks.

His goal canceled out Preston North End’s goal scored by Tom Barkhuizen on the 74th minute to ensure the game ended 1-1.

Eddie Nketiah’s clinical performance follows his red hot form during the international break where he bagged a hat-trick for the England u-21 team against their counterpart from Austria.

The 20-year old has so far made 9 appearances in the English Championship and has 3 goals to his name. He is expected to be key for Leeds United throughout the 2019/2020 season as they seek promotion to the English Premier League.