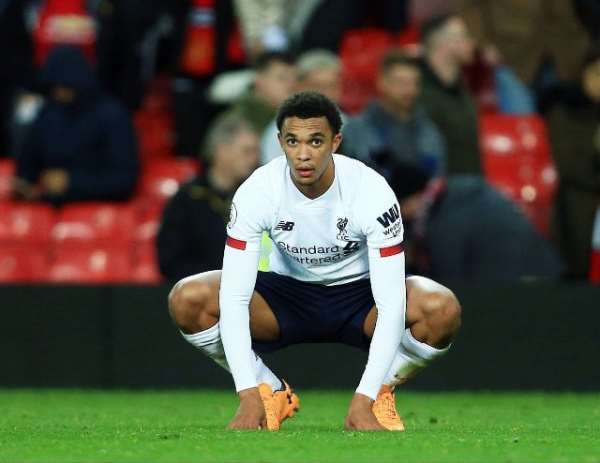 Manchester United have issued an indefinite ban to a supporter for incidents of racial abuse toward Liverpool right-back Trent Alexander-Arnold during Sunday's 1-1 draw at Old Trafford.

"Racism and all forms of discrimination are completely unacceptable and do not reflect the values of our club. Following our investigation into the alleged incidence of racist abuse on Sunday, we have issued an indefinite ban to the individual involved," Manchester United said in a statement on Tuesday.

"This individual is not welcome at Old Trafford and we want to reinforce that we will continue to take strong action against anyone who we identify has engaged in racist or discriminatory abuse, either online or at our matches."

The fan, seated in the homestand, was removed from Old Trafford during the match at the weekend. United announced on Monday that the club was "investigating the matter as a priority."

The incident comes days after England's black players were subjected to racist abuse during a Euro 2020 qualifier against Bulgaria in Sofia, which led to arrests and the resignations of manager Krasimir Balakov and football union president Borislav Mihaylov.

And on Saturday, an FA Cup match between Haringey Borough and Yeovil was abandoned after racist abuse was aimed at goalkeeper Valery Douglas Pajetat by Yeovil fans.

We support the anti-LGBTQ Bill, we’ll help to fine-tune it ...
2 hours ago