UCL: Richmond Boakye-Yiadom Out Of Crvena Zvezda’s Game Against Tottenham 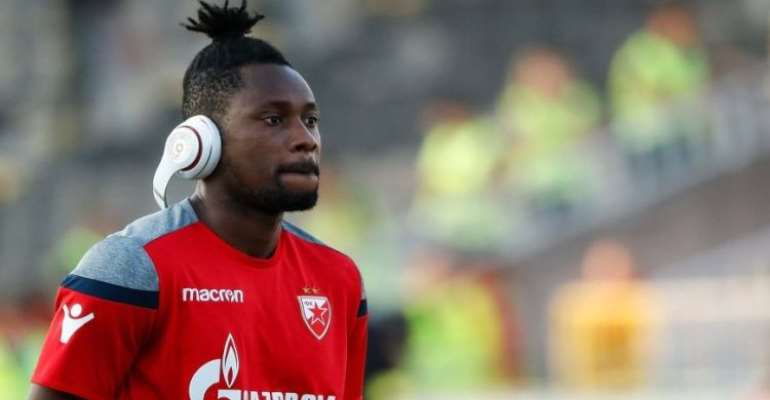 Ghana striker, Richmond Boakye-Yiadom has been ruled out of action for Crvena Zvezda in today’s UEFA Champions League match against Tottenham Hotspurs.

The 26-year-old striker has been ruled out of the game due to injury.

The former Juventus ace was confirmed unfit just a day before the game after failing to train with his side.

Report say he could stay out for at least the next one week.

Crvena Zvezda travel to North London to face the English side in the third round of Group matches.