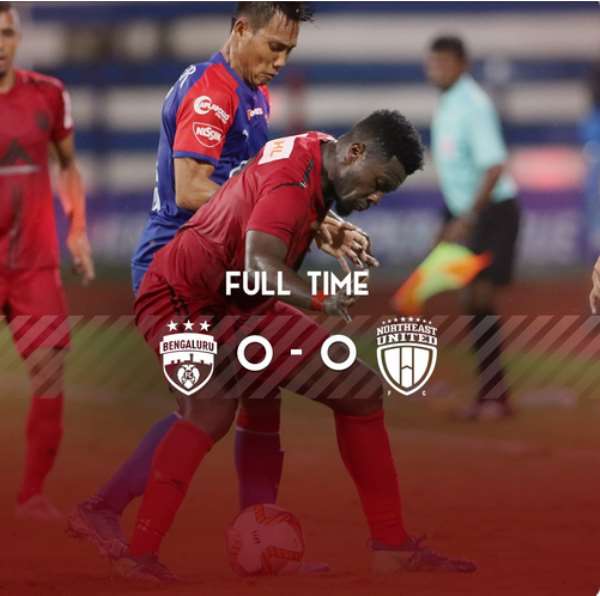 Veteran Asamoah Gyan featured for NorthEast United on Monday afternoon when they played as hosts to Bengaluru at the Indira Gandhi Athletic Stadium on the opening day of the Indian top-flight League.

The striker who joined the club in the summer was handed his competitive debut today when they opened their campaign in the 2019/2020 edition of the India Super League.

Gyan who is Ghana’s all-time leading goal scorer did not disappoint his manager and showed his quality in the new league throughout his stay on the pitch.

He combined excellently with Martin Chaves in attack for NorthEast United. The two forwards threatened the defense of Bengaluru and were unlucky not to have registered any goal.

Asamoah Gyan, 33, was later substituted on the 89th minute with the match eventually ending goalless as both sides shared the spoils.

He will be hoping to score in his next match to give him confidence as he looks forward to helping NorthEast United to League glory at the end of the season.