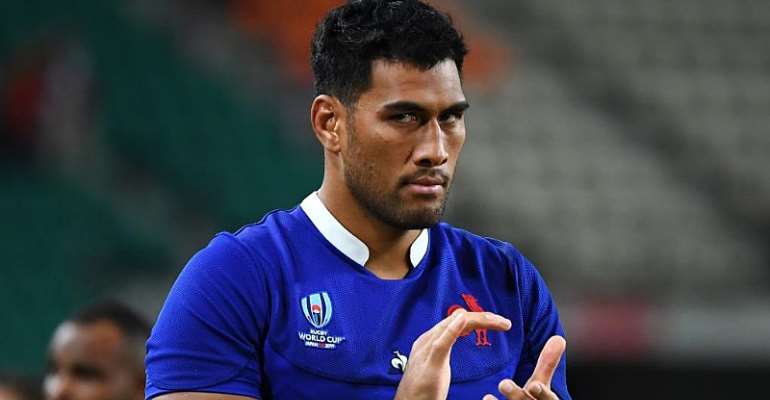 Sebastien Vahaamahina, who was sent off in France's rugby world cup quarter-final defeat to Wales on Sunday, announced his retirement from internationals on Monday. "That was my last match for France," said the lock who had played 46 internationals since 2012.

France were leading 19-10 in Yokohama when Vahaamahina, who had scored his country's first try, elbowed Aaron Wainwright in the face.

Referee Jaco Peyper brandished the first red card in the knockout stages since Wales's Sam Warburton was dismissed in the France v Wales semi-final in Auckland in New Zealand in 2011.

After Vahaamahina's expulsion in the 49th minute, France came under immediate pressure from a reinvigorated Welsh side.

Chance
Dan Biggar converted a penalty to reduce the deficit to 19-13. Ross Moriarty touched down in the 74th minute and Biggar's conversion sealed the 20-19 victory.

Vahaamahina said he had informed the France coach Jacques Brunel of his decision to quit before the tournament.

"I really wanted to do well and play the best match possible so that we could do as well as possible," said Vahaamahina. "I wanted to finish on a high. Perhaps I wanted to do too well. My desire and aggression got the better of me."

Wales will play South Africa in the semi-final in Yokohama while England will face the defending champions New Zealand for a place in the final on 2 November in Yokohama.

"I have to take responsibility for my actions," added Vahaamahina. "And try  to explain - if that is possible. The way I play and the position I play in require a lot of aggressivity but it is something that I should have under control.

When I elbowed ... everything was probably mixed up in my head. Too excited and to much desire to score another try ... I simply lost control and I am sorry for what I did."