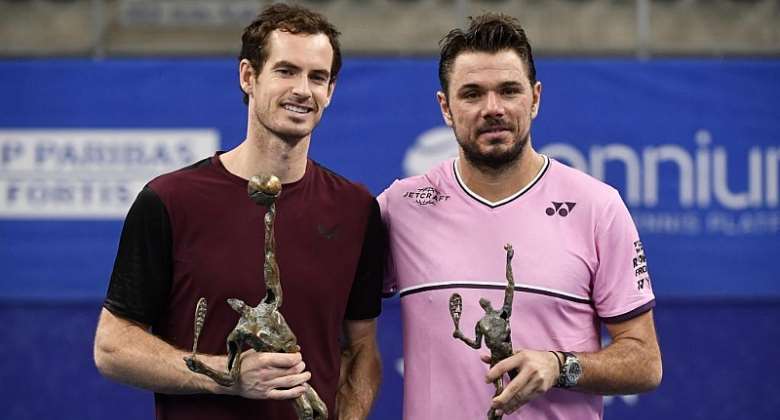 Four years ago in Ghent he was in his pomp when he led the British team in their romp past Belgium to win the Davis Cup for the first time in 79 years. On Sunday afternoon, Andy Murray achieved a personal milestone in Belgium.

He won the European Open in Antwerp to lift his first title since undergoing a hip operation in January.

Since that triumph, Murray, who became the first Briton to top the men's rankings, fell to 800th in the world as injuries forced him to consider retiring from the sport.

Return
"The last few years have been extremely difficult for me and Stan," said Murray choking back the tears. "We've had a lot of injury problems and to be back playing against him in a high quality final ... is amazing. I did not expect to be in this position. I am really happy."

As a result of the victory, Murray rose 116 places in the ATP world listings to 127th. Wawrinka moved one place up to 18th.

"I'm sad to lose," Wawrinka told the spectators in the Lotto Arena. And turning to Murray, the Swiss added: "But it is great to see you back at this level."

Murray is expected to take a break as he awaits the birth of his third child.

Further up the food chain, Novak Djokovic remains at number one while Rafael Nadal, who married his longtime girlfriend Xisca Perello over the weekend, is second.