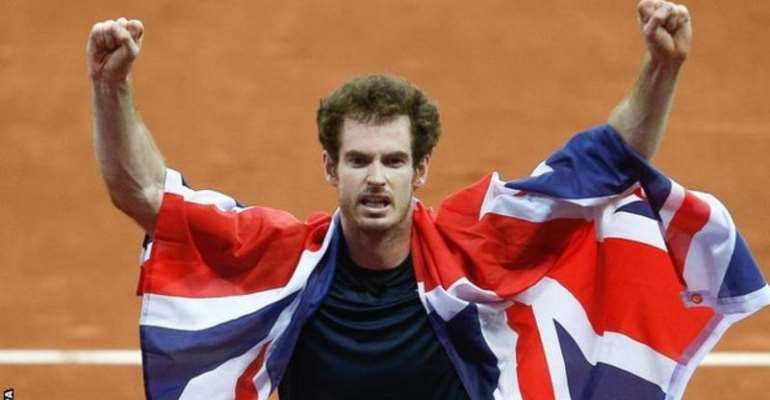 Andy Murray will represent Great Britain for the first time since 2016 after being named in the squad for next month's inaugural Davis Cup finals.

Captain Leon Smith has named Dan Evans, in addition to doubles pair Jamie Murray and Neal Skupski, in his initial team with a fifth player still to be decided.

Kyle Edmund, who has lost his past seven tour matches, was not included.

Britain, who won the Davis Cup in 2015, face the Netherlands and Kazakhstan in the group stage on November 20 and 21.

Former British number one Edmund, who has dropped to 75th in the ATP rankings, looks likely to battle with Cameron Norrie for the fifth place in the team.

"We are in a good position with improved strength and depth in our team and will be naming the fifth player in the next couple of weeks," Smith said.

"Dan is playing some of the best tennis of his career and firmly deserves his place back inside the world's top 50.

"It's been absolutely fantastic to see Andy back competing again, headlined by his incredible win in Antwerp.

"Jamie and Neal have been gaining much momentum as a team with impressive semi-final runs at Cincinnati, US Open, Beijing and Shanghai."

Britain were given a wildcard for the revamped event, which sees 18 nations compete across six groups in Madrid.

The group winners - as well as the two second-placed teams with the best records - progress to the quarter-finals, with the semi-finals and final taking place on 23 and 24 November.

Matches will consist of two singles and one doubles rubber, all played over three sets on a hard court at the Caja Magica.

The 25-year, £2.15bn revamp of the Davis Cup is funded by an investment group led by Barcelona footballer Gerard Pique's Kosmos company.